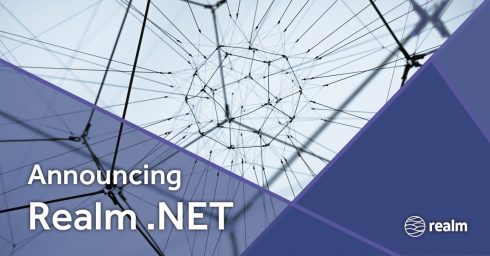 Realm has announced Realm .NET, which adds Realm’s mobile data platform to the .NET ecosystem. This will allow developers to create apps on the Microsoft stack. Realm .NET has support for .NET and C# in Realm’s server side framework, and support for the Universal Windows Platform in its synchronization and data encryption technology. It also features a two-way data connector between Realm and SQL Server.

“Developers using Microsoft’s C# and .NET technologies are the fastest growing segment in the Realm community over the last six months, more than doubling the growth of comparable stacks,” said Alexander Stigsen, co-founder and CEO of Realm. “This impressive growth, coupled with the popularity of the .NET stack, made it an easy decision for Realm to further our commitment to Microsoft technologies to make developing and supporting responsive and engaging mobile applications easy for any company, from startups to Fortune 100 market leaders.”

WebAssembly now supported by four major browsers
The latest versions of Firefox, Chrome, Safari and Edge now include support for the binary file format, WebAssembly, which means that it is now supported by the four major browsers. Now, web developers can be assured that users will be able to run their modules by default without having to make additional changes to make the code run.

“Google, Apple, and Microsoft had all committed to supporting WebAssembly in their browsers. To have that support in market today is a really exciting development,” said Luke Wagner, a Mozilla engineer who worked on the WebAssembly specification.

According to Mozilla, WebAssembly is on its way to becoming an industry standard, and it has been proven to run large, complex apps on the web.

Dataiku releases Dataiku 4.1
Dataiku has released Dataiku 4.1, which is a software platform for building, deploying, and managing data science products. It adds data preparation “recipes” to enable non-coders to access analytical functions. It allows users to compare models in real-time and also features isolated coding environments, which eliminates the need to upgrade packages in order to have stable code.

“We are focused on building a platform that is a single hub for an enterprise’s data science and machine learning development – that’s what this release reflects,” said Florian Douetteau, CEO of Dataiku. “Many of our customers already use Dataiku with hundreds of users from all different backgrounds, from data engineers, to developers, to non-technical analysts, to perform advanced analytics and to develop data science solutions. This latest release strengthens enterprise scale development and deployment of these solutions among and across teams.”

Cloudflare acquires Neumob
Cloudflare has announced the acquisition of Neumob, a company that helps accelerate mobile app development. Neumob’s SDK speeds up app performance by 30 to 300 percent as well as reduces app errors and timeouts by 90 percent, according to Cloudflare. This acquisition will allow Cloudflare to optimize mobile applications throughout its entire network.

“Cloudflare’s mission is to help build a better Internet—we mean that literally,” said Matthew Prince, co-founder and CEO of Cloudflare. “With Neumob, we’re now able to reach the last-mile of connectivity and provide the fastest and most secure experience possible for users everywhere, on any device.”