There are no common identifiers or common formats when it comes to reporting federal data. According to the Data Transparency Coalition, the government doesn’t report all of its spending online or in one place. Instead, according to the coalition, agencies report different pieces of information in different places and uses different formats that aren’t compatible with one another.

“Americans deserve easy access to their government’s information,” said the Data Transparency Coalition (a group of companies, non-profits and individuals). “Federal data should be published online in electronic formats that make the data easy to search, sort and download. When separate federal agencies publish similar data, they should use standardized formats so that government-wide searches are possible.”

As such, the coalition, with the support of the Object Management Group (OMG), is on a quest to establish federal data standards. The two groups are co-hosting a Government Data Standards Summit in order to connect U.S. federal policymakers and data architects deploying data standards. The summit was originally scheduled for March 25 in Reston, Va., but has been postponed.

“They make it possible to connect systems at lower cost, they decrease training costs, they make product-switching less expensive, and so forth,” said Richard Soley, OMG’s chairman and CEO. “Even for vendors, while data standards may result in knocking down ‘fortress walls’ around their products, data standards inevitably result in larger markets too.”

Standards are the necessary infrastructure for software development. “A lack of standards means constantly dealing with converting format, copying information (often by hand), and dealing with software failure caused only by differing data standards,” according to Soley. “It is a mess, and a mess developers don’t want.”

If the Data Transparency Coalition’s agenda succeeds, three business opportunities—republication, analytics and compliance automation—are going to increase for software developers, according to Hudson Hollister, the coalition’s founder and executive director. Technology companies would have to design software packages and platforms that republish, analyze and automate federal data, he said.

Federal data standardization starts with the Digital Accountability and Transparency Act, or the DATA Act, according to the Data Transparency Coalition. The DATA Act means to transform the way the U.S. government reports its spending. Under the DATA Act, federal reporting will be standardized into a consistent format. Implementing the act will mean better transparency, improved federal management and reduced compliance costs, according to Hollister.

If passed, the DATA Act would require the Treasury Department to create that reporting format.

“We [the coalition] don’t have the bandwidth to cover every type of federal information, so we are focusing on spending and the DATA Act right now,” he said.

The DATA Act was introduced into the U.S. House of Representatives on May 21, 2013, and it was passed 388 to 1 on Nov. 18, 2013. It is currently being considered by the Senate. The coalition expects it to pass in the next few weeks.

“Across many domains of government activity, standards are critically important for delivering data that is not only open, but also valuable and reliable,” said Holliser in a press release. 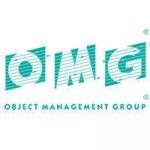