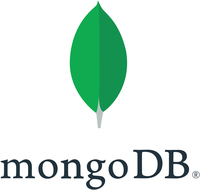 MongoDB announced several new updates at its MongoDB.live conference, including the availability of MongoDB 5.0, a preview for serverless databases in MongoDB Atlas, and updates to Atlas Search, Atlas Data Lake, and Realm.

Developers can now preview serverless databases in MongoDB Atlas. This new capability will enable users to select a cloud region and then start building their applications. According to the company, the serverless databases feature will remove the need for developers to worry about backwards compatibility or upgrades.

Atlas Search introduced Function Scoring, which is a new capability that allows users to apply mathematical formulas to fields. Another new addition is the ability to define collections of synonyms for a search index, which will enable users to respond to a wider range of queries.

MongoDB Realm added support for the Unity game engine, allowing game developers to store game data and sync it across devices. MongoDB also announced plans to support more cross-platform frameworks, such as the Kotlin Multiplatform and Flutter/Dart SDKs, which are now available in alpha.

MongoDB Charts now integrates with Atlas Data Lake, allowing users to visualize rich data that is stored in AWS S3 without needing to move, duplicate, or transform data. According to MongoDB, this will allow users to discover more meaningful insights.

“With the end of the global pandemic in sight, enterprises everywhere feel a sense of urgency to use software and data as a competitive advantage. The best way to do this is by giving developers access to technologies that align to the way they think and code to enable high productivity,” said Dev Ittycheria, president and CEO of MongoDB. “Today’s announcements remove even more friction and complexity from the developer experience and enable developers to build innovative and highly scalable applications for a wide range of use cases faster than on any other platform.