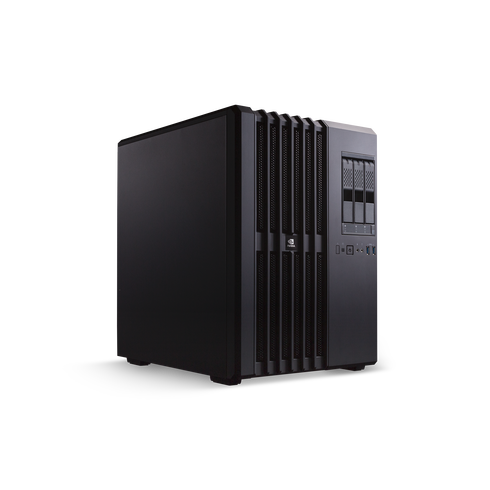 It’s been a few years since hardware makers found it fashionable to sell computers directly to the developer. Workstations were mainstay devices for developers in the 1980s and 1990s, but the turn of the millennium brought with it a preference toward generic PCs for development machines.

NVIDIA is hoping to change this with the Digits DevBox, a 4-GPU machine that is targeted at analytics, deep learning and AI researchers.

At GPU Tech Con in San Jose today, NVIDIA made some graphics processor-related announcements, including the release of the Titan X gaming GPU. While much of the news around Titan X is focused on how it provides for faster and better graphics capabilities for PC games, NVIDIA is also calling it the most powerful processor ever built for training deep neural networks.

The TITAN X cannot learn on its own, however. This is why NVIDIA has also announced the NVIDIA Deep Learning GPU Training System, also known as Digits.

The Digits Web app can be used by data scientists to point-and-click their way through the sometimes painful training process for learning applications. The Titan X’s 3,000+ processing cores will also make that process faster, claimed NVIDIA.

The rest of the stack for these deep-learning applications is populated by one of three frameworks: Caffe, Theano or Torch. This blended approach allows deep-learning developers to stick with the framework they may already be using. NVIDIA’s own page discussing deep learning refers to Andrej Karpathy’s “Hacker’s Guide to Neural Networks.”

Any of these frameworks can be coupled with cuDNN 2.0, NVIDIA’s GPU-accelerated deep-learning library, which provides the primitives developers need to build out applications.

The Digits DevBox, targeted at the power users of these deep-learning tools, includes four Titan X GPUs. Much of this horsepower is being trained on tasks around image recognition, and thus it is being benchmarked on AlexNet, a convolutional neural network that made headlines in 2012.

All of these tools combine in the DevBox hardware, and come pre-installed for developers willing to foot the US$15,000 price tag.