American Airlines’ journey into DevOps and beyond 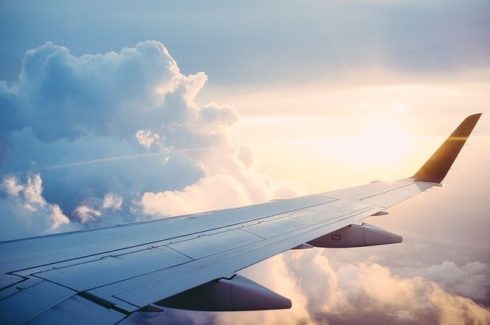 The coronavirus has impacted many industries, but perhaps none more so than the travel industry. With airline seat booking down from March through August, some 76% from 2019, it was imperative for the industry to make changes that would give travelers a sense of trust that flying was safe.

American Airlines (AA) responded by giving travelers a completely touchless experience at airports, even when they are checking bags. The airline was able to do this, according to the company’s chief architect and head of technology transformation Ross Clanton, by adopting a DevOps culture and processes that focused on the customer-facing business outcomes of their efforts.

Clanton joined AA executive vice president and chief information officer Maya Leibman to discuss the airline’s years-long transformation into Agile, DevOps and value stream management in a keynote on the opening day of the DevOps Enterprise Summit, which runs through Thursday as a virtual event.

She said the company found early success with value stream mapping, which helped them identify their processes and discover areas of waste. An unintended side benefit, she added, was the fact that the project’s team really bonded over the work.

Leibman admitted there were some early setbacks. “We started talking about the MVP (minimum viable product), but the business side said ‘we want the maximum viable product,” she recalled. Also, for her planned kickoff to potential business advocates, she said 25 were invited but only six attended, so getting that necessary buy-in was initially elusive.

Working with the business, Leibman said she was able to get finance to change its approach to funding projects. Finance, she said, “was a process designed to make you give up.” That is one way to control how much is spent and what it is spent on. But through collaboration with the money managers, Leibman was able to help the department change its model to allow the production teams to define their OKRs [objectives and key results], and use budget on priorities that would fulfill those requirements. “That was a huge accelerator” of the transformation, she explained.

After that, it was time to measure their efforts. In the first years, it was about inputs and outputs — how agile were the teams, how many deliverables were they producing, how was a move to the cloud going? By year three, they were talking about outcomes — was the company making money from these efforts, were operations improving, were customers satisfied, did they reduce cost? “In year one, one of our objectives was, ‘X percent of people were going to go for Agile training,’ ” Leibman said. “In year two, as we started focusing more on outputs, the objective sort of changed to, ‘X percent of teams were going to up their Agile maturity from this level to this level.’ And by the time we got to year three, Agile wasn’t even an objective anymore, that that’s not the point. Inputs and outputs are great, but ultimately, we’ve got to be focused on the outcome.”

The fourth step of the airline’s journey was defining product taxonomy, which Leibman called “one of the more tortured efforts we went through” because there were no right answers. Then, there were more “tortured discussions” around the roles of stakeholders in the product. The product owner was to work with all the stakeholders, but not everyone would be an owner.

But the company got the roles defined, assembled squads of stakeholders and organized around the products. But there were more setbacks, she said. “At our first two-pizza team meeting, we ate 12 pizzas, so we were really growing into this process.”

This ultimately led to the feeling that this, she said, was “way bigger than DevOps. We had to bring in some external talent, who had done this before, to really help guide us and take our practice to the next level.”

One of those experts was Clanton, who spoke about growing and talent and culture — the people side of things — being the most important focus area for success. The company’s vision had been set — deliver value faster. This was built on four pillars — excellence in delivery, operations, people and technology. But, he said, “You can have a vision and a strategy, but culture eats strategy for breakfast,” he said.

They were looking for teams of people who were passionate, selfless and accountable. “We wanted a team of people working together to figure out how to maximize business value,” he said.

Leaders, he said, are there to serve the teams and remove impediments to their work. “We’re not selling this transformation, everyone’s on board. It’s about accelerating and executing” on the work.