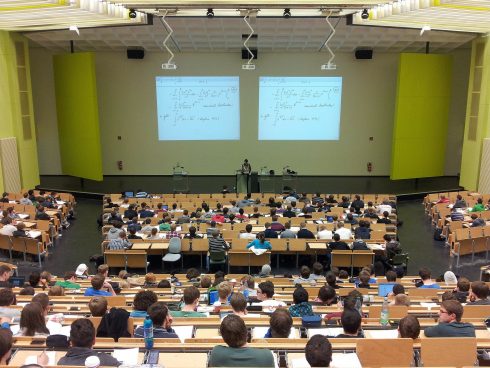 University student enrollment in computer science programs has been increasing over the years, but many of those programs focus heavily on the foundations of how to write code and not so much on some of what is needed once a developer enters the workforce, such as DevOps practices.

“I would say that most college graduates who are studying computer science and learning coding come out of their degree program with a very solid grasp of the fundamentals of coding, usually with a specific language or two,” said Dr. Christina Hupy, senior education program manager at GitLab on a recent episode of the podcast What the Dev. “They learn how to build code, how to run code, how to compile it, and do some testing. And then from there it really varies. Generally speaking we find that the DevOps process itself when we’re looking at the DevOps stages are not being taught.”

PODCAST EPISODE: The state of DevOps in CS education

According to Hupy, universities tend to teach from an individual perspective where a student writes code as a single text file as an artifact of what they’re learning, whereas in most companies that are practicing DevOps there is a lot of collaboration going on where coding is happening in teams and as an iterative process.

Hupy believes professors should be teaching the process of coding, instilling in students the idea that code isn’t finished once it’s deployed.

One of these reasons DevOps has stayed out of the classroom was that initially the DevOps toolchain was composed of many disparate tools, which would have made it hard to bring to the university setting, Hupy explained. “There were many different tools along the stages and they were linked together with a very complex chain. That’s just not something that an individual faculty member would be able to pick up. So just think about how difficult it is for a company to learn, purchase, obtain, and integrate 10 different DevOps tools. So I will say that initially that just the way that it evolved from the beginning was a barrier in and of itself,” said Hupy.

Now that DevOps has evolved, the toolchain has been consolidated into few or even a single platform, which makes it more reasonable to bring into the classroom.

“The barrier for entry for students is much lower so instead of focusing on what thing do I login to and where do I check my notifications and now how do I move to this other tool, it’s all in one place. I think the evolution of DevOps itself is getting to a point where it’s so much easier, and I think that’s why we’re at a really exciting point in time,” Hupy said.

DevOps, GitLab, podcast, what the dev