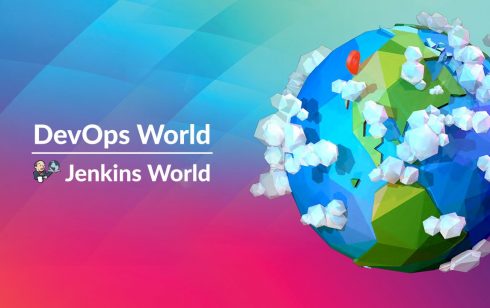 DevOps and Jenkins is on full display this week at CloudBees’ DevOps World | Jenkins World taking place in San Francisco. In addition to the DevOps thought leaders and community members coming together to learn, explore and help shape the next generation of Jenkins and DevOps, a number of organizations took the opportunity to reveal new products.

CircleCI orbs released to better secure the CI/CD pipeline
CircleCI announced that it is releasing orbs that allow users to easily add integrations to tools and services to address security best practices for CI/CD.

According to the company, orbs are reusable and shareable open-source packages of CircleCI configurations that enable the integration of services for the three important categories of security for CI/CD. These include securing the pipeline configuration, securing code and Git history analysis, and enforcing security policy.

“To secure your pipeline, let your team take advantage of third-party services and eliminate the need for in-house development. With orbs, your team only needs to know how to use those services, not how to integrate or manage them,” CircleCI wrote in a blog post. Orbs include Alcide, Anchore, Aqua Security, Contrast Security, Snyk and Twistlock.

Users can now execute ReadyAPI, SoapUI Pro and SoapUI Open Source tests simultaneously on a central source that’s integrated into their development processes. This tackles the challenges that Agile and DevOps teams have such as complex deployments, large regression suites, and global development teams, according to SmartBear in a post.

“Coordinating and managing test execution and reporting are a hassle for Agile and DevOps teams. They’re hampered by complex deployments, large regression suites, and global development teams. It’s hard to efficiently run tests, not to mention effectively manage all of the organization’s growing testing needs. TestEngine fixes all of this, and it’s a package that can empower the most efficient software teams, even those distributed across the globe.” said Gail Shlansky, director of products at SmartBear.

Codefresh updates open source marketplace
Kubernetes-native CI/CD solution provider Codefresh announced that it has improved its Codefresh Marketplace that was originally launched in 2018,

The company explained that the marketplace is designed to make it easier for code developers to find commands without having to learn a proprietary API. Now, the marketplace has an expanded set of pipeline steps provided by Codefresh and its partners for Kubernetes, Aqua security scanning, and Helm package and deployment.

“Our steps Marketplace provides building blocks for your pipelines. It is very easy to search for a keyword and see if there is a step for that method,” said Dan Garfield, chief technology evangelist for Codefresh.

Ambassadors can offer contributed content, participate in forums and online groups, organize local community events known as SKILups, and create other avenues to engage learning pathways within the community.

“We are really excited that each Ambassador will be contributing significantly to advance our new and existing community members with relevant and broad skill sets, knowledge, ideas & learning with the human-centered SKIL Framework,” said Dheeraj Nayal, global community ambassador at DevOps Institute.

OverOps analyzes code at runtime to identify all new, increasing, resurfaced and critical errors in a release, even those missed by test automation. OverOps then generates a code quality report that takes into account all severe issues with the potential to impact functionality, the company explained.

The full details of the new integrations are available here.