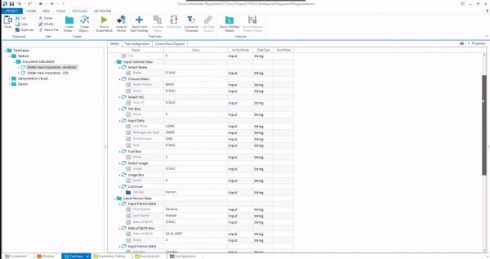 Qt gets a number of new updates in version 5.11
Qt 5.11 has been released with many new features and bug fixes. It adds advanced Unicode support in Qt Core, as well as new reference overloads for tool classes. This release also had a focus on accessibility support in Windows, and as a result, Qt was entirely rewritten and is now based on Microsoft UI Automation instead of on Microsoft Active Accessibility Framework. It also features improved widget styles on Windows in order to support high-DPI displays.

In addition, QT 5.11 adds a technology preview for Qt for Webassembly. “We use Emscripten to compile Qt into something that runs in a web browser from a web server. Instead of compiling and deploying for multiple platforms, the idea is to compile and deploy on a web server for any platform that has a browser that supports WebAssembly,” the team wrote in a post.

Kotlin Bootcamp Udacity course now available
Google has announced a new bootcamp for Kotlin on Udacity. The free course teaches developers the basic of Kotlin. According to the company, Kotlin is officially supported as an Android development language, fully operates with Java and its libraries, and is included with IntelliJ and Android Studio.

The course was created by experts from Google and Udacity and is designed for those who already know how to program. The course is self-paced, allowing developers to take it at their own time and speed.

Khronos Group is working with Au-Zone Technologies to allow NNEF files to be used with machine learning frameworks
The Khronos Group has announced it is working together with Au-Zone Technologies in order to allow Neural Network Exchange Format (NNEF) files to be easily used with machine learning training frameworks. The file type allows for “optimized ingestion of trained neural networks into hardware inference engines on a diverse range of devices and platforms,” the company explained.

“We are very excited to be working with the Khronos Group on the NNEF converter project and for the opportunity to contribute back to the community,” said Brad Scott, president of Au-Zone. “By providing the NNEF converters as open source projects, we expect there will be strong adoption, additional contributors, and greatly improved portability for CNN models. To meet our customers needs, we are also adding NNEF import/export capabilities to the DeepView ML Toolkit.  This will allow developers to work in their preferred training framework and provide a direct path to deploy, profile and optimize their trained models on a full range of embedded processors including: x86 and Cortex-A based CPUs, Cortex-M MCUs, GPUs with OpenCL™ support and proprietary NN compute engines.”