What’s next for the winning Watson developers? 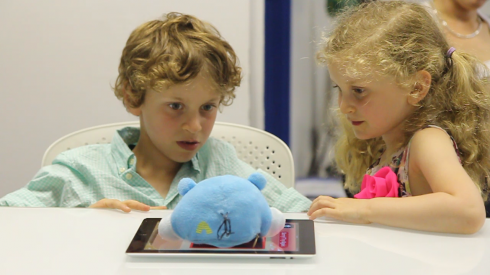 Now that the Watson Mobile Developer Challenge is over, it’s time to see what Watson can really do in the hands of developers.

The winning apps—Fang, GenieMD and RetailOS—each apply Watson to a different industry, using its data-analysis and question-answer capabilities to create a more predictive and intuitive user experience. Developers are now faced with the task of teaching and training Watson as an expert in these fields—education, healthcare and retail—while working to bring their apps to market.

Fang aims to both teach and draw insight about children through natural conversation. A child asks Fang a question, Fang taps into Watson to search for the answer, and then (using speech-to-text and text-to-speech capabilities) Fang spits the answer back to the child in plain English.

“Kids already have a kinship with their electronic devices, their own iPods and iPads and cellphones,” said JP Benini, Majestyk’s director of infrastructure. “It’s almost like a double-edged sword, though, because their technical knowledge is through the roof, but being able to keep their attention spans is a bit more difficult.”

Benini and his development team designed Fang to have a level of interactivity that keeps the child’s attention, but also builds a comfortable relationship with him or her where it not only answers their questions, but can help parents identify speech patterns and even some of the child’s interests. During Fang’s initial prototyping and testing phase, Majestyk invited several parents and their young children to play around with Fang.

“We saw how kids engaged with and reacted to the toy,” Benini said. “They took to it right away, especially younger kids. Kids ages 5 to 7, they picked up and started talking to the toy right away, and the fact that the toy talks back to them, it just clicks. The dialogue just happens.”

The next step for Majestyk is to train Watson. According to Benini, programming Fang and setting up the API calls to Watson was the easy part. The more difficult task is training Watson to not only answer questions, but to validate statements and evolve over time, continuing to offer naturally expressed knowledge to students and continuous insight to parents

Majestyk sees Fang as a product that starts out as a stuffed animal, but ultimately matures while maintaining that same dialogue and rapport—a smarter Siri that grows up with you, according to the company. Through Fang, Watson can be applied to be an educational system on a larger scale, serving as a natural learning mechanism, an intellectual barometer and a user’s companion.

“The fact that this thing is something of a companion, a toy, that it’s both there to assist and kind of coddle, really opens up a dialogue that otherwise wouldn’t happen,” Benini said. “This level of interactivity gives the insight into the way your child is actually learning things. As it moves along and the user builds that relationship with it, both in a language and a setting they’re comfortable with, they grew up with this thing. As they get out of the stuffed animal phase, we want there to be another toy waiting for them that’s learned a deeper vocabulary and can answer harder questions, but with the same personality they’ve been working with. The dialogue has changed, but it’s still that same experience.”

GenieMD
GenieMD looks to redefine healthcare both for physicians and for personal health. It uses Watson to give targeted responses and diagnoses to a user based on current medical information and personal health data. Dr. Soheil Saadat, founder and CEO of GenieMD, laid out several scenarios where GenieMD can change the way doctors and patients interact with medical data.

The first scenario is simple: ask a medical question to GenieMD—for example, about the symptoms of a stroke—and it uses Watson to browse medical data and return a response in plain English, not medical jargon.

The second scenario Saadat explained was a user asking Watson a specific question about his or her personal health. GenieMD, which collects medical records, lab results and even synced data from wearable and connected devices, can give a context-specific response. The app, as it collects metrics such as weight, blood pressure and the like, can also handle recommendation questions from the user, giving them advice on things like diet and exercise.

“Let’s say you have a headache and want to take aspirin,” Saadat said. “You can ask Watson, ‘Can I take aspirin for my headache?’ That simple question, behind the scenes, is modified by GenieMD to include all your medical information. You can say, ‘I’m male, I’m this old, I have this particular heart disease, I’m taking these medications for it, etc. Can I take aspirin for my headache?’ The answer you get back is extremely targeted to your medical condition. That can really be a lifesaver.”

GenieMD is also designed to serve as an assistant or second opinion to a doctor or nurse practitioner. Leveraging the data analysis capabilities of Watson, GenieMD developers aim to eliminate human error from diagnoses, with the app acting as a data-driven sounding board for diagnosis and treatment.

“If they diagnose me atrial fibrillation, where the heart starts beating irregularly, there are a variety of treatments available,” Saadat said. “It’s humanly impossible for a doctor to keep track of every single one of the latest and greatest research, and being up to date on all of the latest treatments available for that patient, but now Watson is there with the latest information and the ability to learn and participate in the patient care.”

The GenieMD development team is currently in the process of feeding Watson even more medical information and training the app to deliver more targeted responses. They’re under a self-imposed timeline of 90 days to deliver a commercialized product.

“Initially, we started out by pumping Watson full of product information and then asking it questions like, ‘What’s the best product for under US$50?’ ” he said. “What we found is Watson’s much better at the more context-specific questions, like, ‘Who else is wearing this top at the moment?’ Then it’ll use blog posts and fashion articles to bring up relevant information. We had to learn how to teach Watson to tell us what we want to know.”

Watson took RetailOS from a simple product recommendation engine to an app that can identify a product via barcode scanner, identify a customer by name or Bluetooth, and create a list of precompiled questions for sales associates to ask customers. On top of answering any question a customer, Watson gives the salesman a crib sheet.

“Watson’s crib sheet tells the sales associate how best to sell this product, what sort of things to mention to the customer, and we added in a training functionality to that,” said Hartveld. “So if something you mentioned to a customer worked and helped you sell, you can feed that back to Watson very easily by simply saying yes, that answer helped sell this product. So then Watson would learn what sort of information customers really care about.”