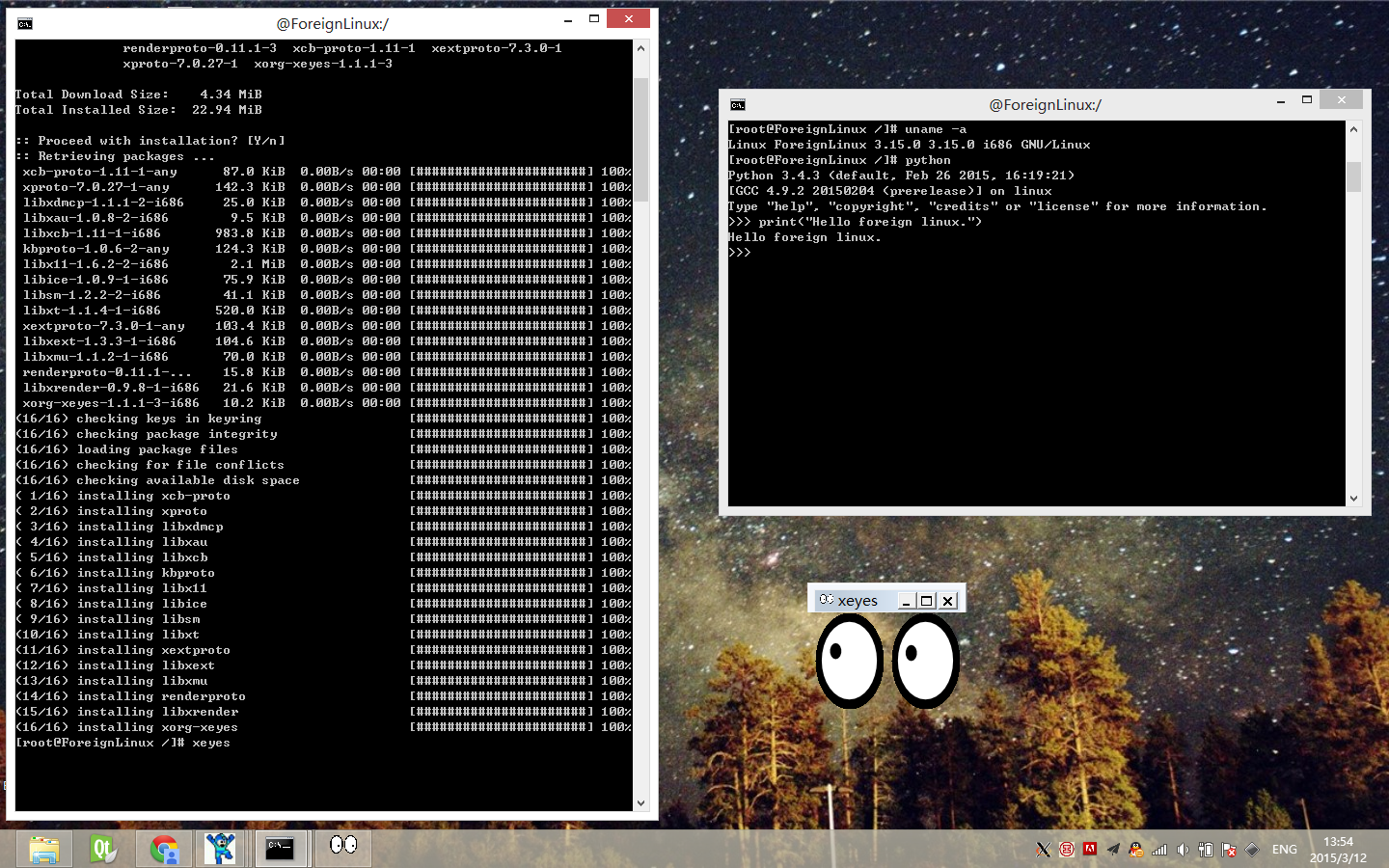 This week’s highlighted GitHub project further breaks down the barriers between Windows and Linux.

Foreign LINUX is a dynamic binary translator and a Linux system call interface emulator for Windows, capable of running unmodified Linux binaries on Windows without any drivers or modifications to the system. Developed by Xiangyan Sun, Foreign LINUX is currently in development and capable of running everything from basic utilities and programming environments to package managers, terminal-based games and X applications.

The binary translator and interface is similar to existing projects such as Cygwin and Cooperative Linux, as measured in this GitHub comparison. But Foreign LINUX is unique in that it serves as a low-level emulator that only implements kernel system calls and uses the original, unmodified system libraries to improve emulation accuracy.

Foreign LINUX also allows developers to run unmodified Linux applications in a pure user-mode application without privileged code or virtual machines, and supports both dynamically and statically compiled executables as well as native hard links and client-side networking. Currently missing from the project are functions like file permissions, process management, signals and multi-threading, but that’s what GitHub is for.

More information about Foreign LINUX is available in the GitHub repository.

#3 Fonts: Font files from Google Fonts. Users can choose a font file based on its script, thickness, slant and width.

#5 Unindexed: An experimental website that searches for Google constantly and self-destructs it once it is indexed by Google. The experimented lasted 22 days. On Feb. 24, Google indexed it, causing the website to be destroyed.