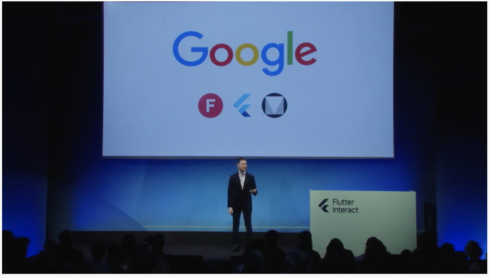 Google is preparing for an ambient computing future with its UI toolkit Flutter. The company announced new updates and strategies at its Flutter conference Flutter Interact this week.

“We live in a world where internet-connected devices are pervading every area of our lives. Many of us transition throughout the day between multiple devices: phones, watches and other wearable devices, tablets, desktop or laptop computers, televisions and increasingly, smart displays such as the Google Nest Hub,” the Flutter team wrote in a post. “In this emerging world, the focus starts to move away from any individual device towards an environment where your services and software are available wherever you need them. We call this ambient computing, and it’s core to our vision for Flutter: a portable toolkit for building beautiful experiences wherever you might want to paint pixels on the screen.”

According to the company, the idea is for developers to shift from what devices they are targeting to what they want to build in a multi-device and multi-platform world.

As part of this new focus, the company announced Flutter 1.12, the latest stable release of the framework. This release included new performance improvements, more control over Flutter content and updates to the Material and Cupertino libraries. In addition, the release introduced a new Google Fonts package with access to almost 1,000 open source font families. Other features included iOS 13 dark mode, add-to-app updates, and support for Dart 2.7.

Google also announced web support is now available as a beta version and macOS desktop support is following closely behind. As of today, macOS has moved from tech preview to alpha, and is available in master and dev channels. A more in-depth look at Flutter 1.12 features is available here.

“Flutter is at its heart an open source project. The value we derive for Google comes in part from the productivity gains realized by other product teams inside the company who use Flutter, but we build Flutter with you and for you, knowing that a larger ecosystem and community benefits us all,” the team wrote.