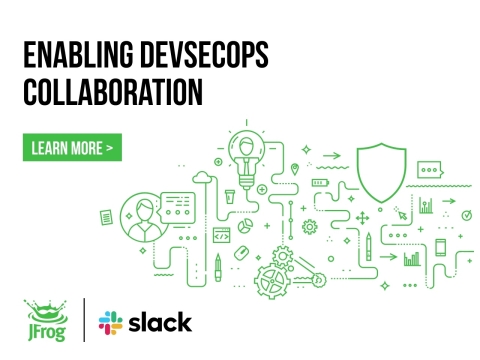 JFrog, the liquid software company responsible for the JFrog DevOps Platform, today announced the availability of a new Slack integration for JFrog Artifactory and JFrog Xray. This new app for Slack allows developers to raise awareness of important software development events easily with an extended team of stakeholders in real-time helping to streamline release cycles as well as accelerate time-to-resolution.

In addition, the JFrog app for Slack allows notifications, content, and actions related to specific software incidents to be shared with one or more Slack channels. These interactive notifications enable users to take action with “ignore” rules, displaying details, and more. Notifications can also be paused or deleted.

Cockroach Labs, the company behind CockroachDB, today announced the release of CockroachDB 21.2 to strengthen its position as a transactional database for cloud-native applications.

In addition, the company announced $50 million in Series C financing led by a leading global investment firm, with participation from existing investors such as a16z, Seven Seas Partners, and Volcanics Ventures. This funding brings Alluxio’s total amount raised to more than $70 million.

With this, Alluxio also announced the expansion of its Asia-Pacific presence with the opening of a building in Beijing, China. Alluxio will use the financing from this oversubscribed funding round to continue fueling its growth by investing in expanded product capabilities as well as scaling go-to-market and engineering operations globally.