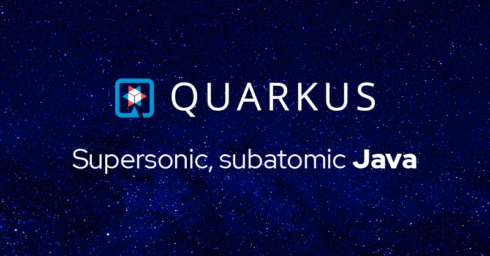 Red Hat has announced the release of Quarkus 1.0, a Kubernetes-native Java stack built for containers and cloud deployments. According to the company, as application development continues to evolve, Quarkus will work to bring Java into the future and get it ready for serverless, cloud and Kubernetes environments.

“Quarkus represents a fundamental shift in modern app dev and is designed to address some of the shortcomings that Java faces with regard to cloud-native application architectures like containers, microservices and serverless,” the Quarkus team wrote in a blog post.

RELATED CONTENT: Evaluating if serverless is right for you

The release is built with Java libraries and standards, and features the ability to build apps with  faster startup time, easy to use API,s and “best-of-breed” frameworks. It includes support for popular Java tools such as Eclipse, MicroProfile, Apache Kafka, RESTEasy, Hibernate ORM, Spring, and Camela. In addition, it includes MicroPofile OpenTracing for traffic pattern observations, MicroProfile Metrics for JVM, custom application metrics, and monitoring platforms.

“There are more than 80 optimized Java framework extensions that support compiling an application to a native binary. Developers familiar with these should feel at home with Quarkus, which streamlines code for the majority of common use cases, while providing the flexibility to cover others that come up,” the team wrote.

Other features in the 1.0 release include a reactive core based on Vert.x, a new non-blocking security layer, improved Spring API compatibility, and support for Java 8, 11, and 13.

Going forward, the team will work on adding more extensions and support for long running transactions.