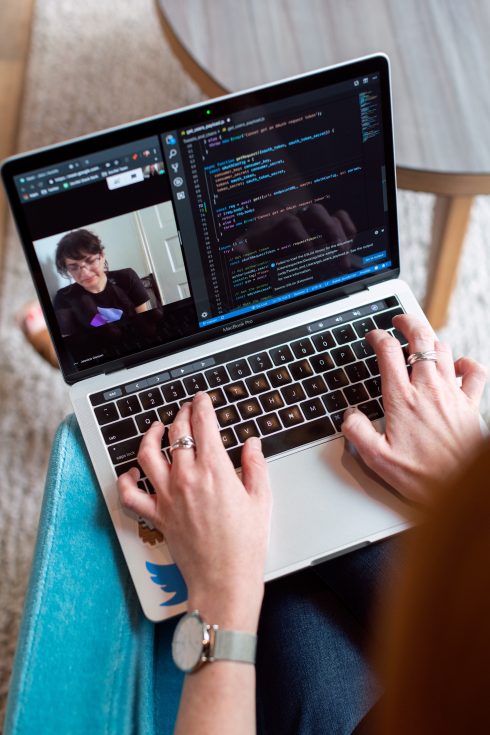 A few years ago, Lori Breitbarth, senior IT program manager at medical device provider Medtronic—a company with about 105,000 employees as of 2020—and a developer came together and created an application using ServiceNow’s low-code capabilities. Since then demand for low-code applications at Medtronic has skyrocketed.

At the start they were tasked with creating an application that could capture people who were calling Medtronic for specific things and route those tasks to the appropriate team. Using low code they were able to deliver a solution in about a week and a half.

“When we had a review of it at the end of their project, they said it was pretty much exactly what they needed and they didn’t have a lot of suggestions for how it could have been made better,” said Breitbarth.

As more departments learned about what low code could do for them, the requests started flowing in. At first, they looked to external resources to help with the low-code development, as they didn’t want to hire someone and run into a situation where they did not have enough guaranteed work for them for the next 10-15 years. “What we found using external resources, is that it’s really, really expensive, and no matter how much you try to do a knowledge transfer, the bulk of the knowledge trust walks out with that external resource when they leave the project. So we thought there’s got to be a different way for us,” said Breitbarth.

Their next option? Start a citizen development program. According to Breitbarth, the program at Medtronic relies on three foundational pillars:

First is that they didn’t always have perfect guardrails in place from the start. “Make sure you really focus on some guardrails, not to slow down your citizen developers, but to ensure the health and well-being of all of the platform residents,” she advised.

The third lesson is to automate as much as possible to ensure that milestones don’t act as impediments to progress. Medtronic automated testing and code moves from the development to test environment.  “The more we can automate those milestones or checkpoints, the faster we’ll be able to enable them.”

Now the program at Medtronic has about 30 citizen developers and after the first year, 56% of demands were being satisfied through citizen development, Breitbarth explained.

“Most of our citizen developers are employees that come from the area where they are the subject-matter experts and the developers and it gives them the ability to sort of control their roadmap and the speed at which they are able to move themselves. So we became more of a support and had less of a bottleneck with internal developers. We gave them the ability to manage their own priorities and they absolutely love that,” said Breitbarth.

Breitbarth said the freedom to be able to take those business users that don’t have technical expertise, quickly train them, and enable them to create stuff has been great. “They are the ones who know the stuff that they need better than anybody else,” said Breitbarth. “That’s the beauty of the citizen developer and putting it back into the hands of the people who own the applications that are trying to serve whatever business function it is that is being served by that application. You know, give that power back into the hands of the people who understand that business function the best.”

Why low code/no code is on the rise