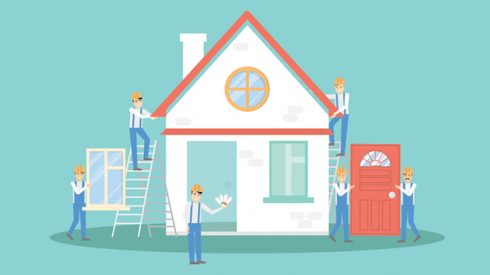 Software developers have the wrong idea when it comes to low code development. Because of low code’s visual, drag-and-drop programming approach, it has often been associated with business users or citizen developers. This reputation has many developers skeptical of bringing it into their workflows, but with the pressure to be faster and transform to digital, they may have no choice.

“Low-code platforms are rapidly becoming the standard in many organizations,” said Mike Hughes, director of product marketing for OutSystems. “This is a game changer for organizations looking to become more agile to evolving business needs.”

The digital disruption is changing the entire pace of innovation inside an organization, therefore they need to adopt solutions than enable them to deliver much more quickly while being responsive to the business operations, according to Malcolm Ross, vice president of product of Appian.

Instead of thinking that low code is beneath them, developers should start thinking of low code as an opportunity to be better and expand their ability to deliver greater value. Too often, developers are focused on other things like deployment scripts, environments, underlying languages and platforms instead of actually building and delivering the application, Hughes explained.

“Ultimately the job of any developer is to deliver something of value, but what often happens is that the bulk of the developer’s time is spent on coding activities, script development, troubleshooting builds – things that don’t directly contribute value,” he said.

With developers overworked and under resourced, having a low code solution in their toolbox could help them keep pace with competitors and put their focus on more important matters, according to Burley Kawasaki, executive vice president of products for Kony.

“Traditional app developers are realizing the largest gains from low code because it is easier. There are often fewer bugs to fix because they are working with fewer modules that have already been tested, so they realize a lot of the benefits in terms of productivity and improving the development stream,” Amanda Myers, director of product marketing for Kony, added.

The power of low code
There are three main reasons developers should adopt to low code development: Speed, agility and adoption.

With the constant pressure in business to be constanting transforming and keeping up with the market, there is a gap between customer expectations and the ability to meet those expectations according to Kony’s Kawasaki. “Everyone wants to move faster, accelerate their development, and get a bit more done,” he said. “Low code helps support that because it allows drag-and-drop and visual tools. It allows users to meet business needs with less time, reuse components, and quickly stitch together and build an app.”

Low code takes away the manual intensive process, and also makes the process easier to understand in business terms, according to OutSystems’ Hughes. “Team members come and go, and things change hands often. There is a lot of waste involved in those handoffs,” he said. “With low code being visual, it makes it so much easier to see what is happening, and reduce the technical debt and cost of maintaining apps.”

That speed results in the business’ ability to move in an agile fashion. “Agility means organizations can respond at the speed of business,” said Hughes. Not only can developers move faster, but they can get more done in less time.

Lastly, adoption enables the team to build stuff the business actually wants. “Rather than spending years building an app that maybe is not the right app because times change so quickly, you can deploy every week or two and really deliver the features people will actually use and care about,” said Hughes.

Related content: What does your company or tool bring to the low code process?

Low code development enables all these benefits because it provides tighter collaboration between the business and IT operations, according to Appian’s Ross. “The hardest part of building enterprise applications is the communication between the business and IT. Business users know what they want, but you can’t just sit down with a business user, show them Java code and ask if this is what they wanted. You have to build that entire app or build a mock up of that app to really communicate it,” he said. With low code’s visual design techniques, non-technical business users can easily understand what IT is building and participate in the development process, Ross explained.

Low code also takes the focus off of frameworks and puts it on business value. According to Appian’s Ross, developers normally correlate their personality or job with the programming language they use. For instance, they may say they are a Java developer or .NET developer.

Instead of being hung up on the technology and frameworks, low code puts the focus more on solving business challenges. “If we are able to get people to focus on the business challenge, than that is a win win in terms of the business having developers who understand what the goals are and in terms of business values, and then for the developers themselves it is a different way of thinking about things. You are focused on value rather than how am I going to get these three frameworks to get together without actually developing anything,” said Hughes.

Citizen developers can be a crucial component as part of the broader development team. When a business person has a vision or an idea, a citizen developer can help create a prototype that the business can start testing with their stakeholder. “There is tremendous business value in this rather than just getting IT involved to create a prototype, you can start testing against your business and users,” said Kawasaki. Low code really enables the team to get something rolling out quickly, understand it and test it to see if it succeeds or fails, Myers added.

After the business gets a clear view on what the requirements or design needs to look like, they can then communicate that back to the development team, which may include more professional developers, and start actually building the real application, Kawasaki explained.

Appian’s Ross believes citizen developers are just as valuable as professional developers because they still have a dedicated role in building the overall solution . “At the end of the day, you are building a software application and even though you have a citizen developer, it doesn’t obscure the need to do things like code reviews and make sure the app is designed properly, especially if it is going to impact a large part of the operation,” he said.

Although a citizen developer doesn’t necessarily have to have 10 years of programming experience, they should understand things such as data, variables and how a point of data is going to be container as it goes through a transaction.

According to OutSystems’ Hughes, less technical users are a critical part of the solution, but IT still needs to put the right guardrails in place before giving them the ability to create apps. “Low code made it much easier in some respect to build apps, but it also means people can do a lot more damage a lot more quickly,” he said. IT should control what users can build and have access to as well as protect data that should not be accessed.

“With OutSystems we have many examples of citizen developers – often business analysts – solving interesting business challenges by building new solutions – but often these are smaller in scope,” said Hughes. “If an organization is developing a replacement for a mission critical legacy platform, this is beyond the skills of citizen developers, but with a team of skilled low-code developers, projects that might have taken years can be completed in months.”