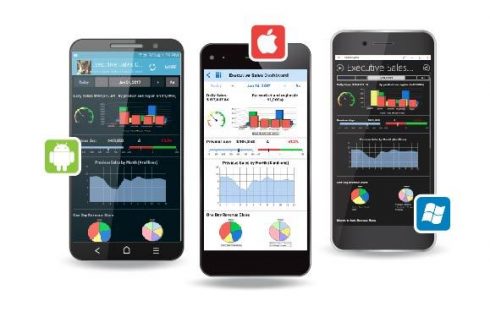 There are two sides to the low-code/no-code story. The more widely discussed angle is the tools’ ability to create citizen developers – tech-savvy business people who use the visual drag-and-drop components to create simple line-of-business applications.

The other side of the story is how low-code and no-code tools can make developers more efficient, by reducing the amount of time they spend in support of business applications and freeing them up to work on more innovative projects that create business value.

Count Altova squarely in the developer camp. Although the company’s Mobile Together low-code solution for creating mobile applications is easy enough for non-developers to use, it has features designed to support developers through a project’s implementation, testing, deployment and maintenance.

Altova CEO Alexander Falk said, “We are huge advocates of supporting developers in tackling every single aspect of the development life cycle.”  He pointed out that Altova, which has catered to developers with its DiffDog source-code diff/merge tool, and UModel, a UML modeling tool that provides round-trip engineering, has gained over the years the knowledge required to create a low-code platform to target the major mobile operating systems.

MobileTogether offers direct support for simulating solutions within the development environment; simulating solutions using a back-end server; connecting to the development machine from an actual mobile device and running the app there; handling full localization of the app; and allowing the developer to record test cases, and later execute those test cases against newer versions of the app and analyze any differences.

Altova’s solution gives developers a true “program once, run anywhere” environment for cross-platform mobile development by acting as an abstraction layer between the developer and the native SDKs and APIs. This, Falk explained, saves developers time and effort by reducing the amount of code they need to write to achieve the same results.

Yet mobile apps created with Altova’s solution are truly native, according to Falk. “We have created our MobileTogether universal client app as a full native implementation layer for each platform, and all UI elements, event handlers, etc., are natively implemented by that abstraction layer. There is not a single bit of HTML5 or JavaScript code involved in the native apps on iOS, Android or Windows 10,” he said.

While the platform abstracts out a lot of complexity, it also gives developers flexibility in customizing the user experience for each platform. Further, Falk explained, “The developer can customize the user experience based on which operating system the app is running on.” That includes such things as operating system-specific date/time pickers and other controls, to creating the right experience for sending SMS messages or using GPS positions, which is not possible on all tablets or laptops.

But writing and deploying cross-platform mobile apps is only part of the development story. Altova’s core competence and long history in data integration enables the MobileTogether Server to be used with a wide variety of database connections using traditional data drivers. The server also provides web services connectivity through REST and SOAP APIs, or http and https requests, according to Falk.

“It was a major focus for us to create a development environment that enables developers to build mobile apps with ease and great speed, but still provides massive flexibility and powerful language constructs for data manipulation,” he said. MobileTogether uses XQuery 3.0 for data handling, because Falk said, “It provides the developer with the ability to express even the most complex data transformation in an elegant and concise manner that can be executed efficiently and thus provide for super-responsive apps.”