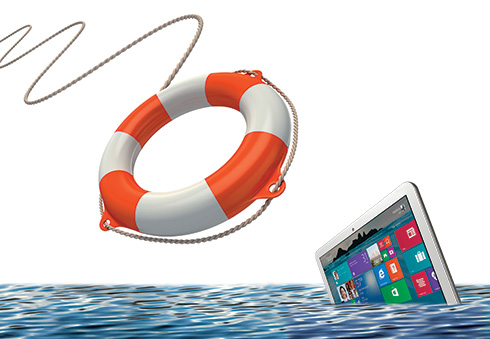 When most people think of Microsoft, the first thing that comes to mind is Windows. This is not because it’s the only product it produces, but because the operating system has defined the company, and everything it has done, for decades.

As people working in the field of development, we are keenly aware that Windows is just part of the empire, but it is a critical part. Some would say it is the defining part, but describing it as the leading part is probably more accurate, since as Windows goes, so go the development technologies Microsoft creates to support it.

It is hard to imagine Microsoft achieving any of what it has done in other market spaces (like developer tools) without Windows backing the play and causing the need for Microsoft to be in markets like productivity tools, SQL Server or CRM. It is like imagining Google without search; it does not compute. This raises the question of whether Microsoft’s future success is tied to Windows or not. There is no clear-cut answer, but in some ways we are finding out the answer now, and it is not looking good.

Windows is the core for a reason, and Microsoft has had a rocky patch in recent years with getting the world to accept its latest versions of the operating system on the client. It feels like a familiar cycle we have seen years ago: Vista was not well received and continues to be cited as a huge misstep by many pundits. Windows 7 seemed to right the ship for a while, but Windows 8 confused (and still confuses) many with its new interface and the initial loss of the Start button (more on that later).

Now we are expecting to see Windows 9 in 2015, and are left wondering whether the off-and-on, hit-and-miss pattern will continue. There have been shocks and surprises for developers along the way. With any luck we can use what glimpse we have of the future to chart the course going forward. There is also hope that the recent change of command may lead to the change of course needed to get Windows 9 right for consumers, power users, enterprises, and most importantly, for developers.

What’s in a name?
When Windows 8 first came out, the new Start Menu-based apps were called Metro apps, and these were the only apps that the Windows RT edition of Windows 8 could run (aside from Microsoft-only exceptions in the form of Office apps that run in a stripped-down desktop). The new Metro interface was also the default for desktop users, which became a major source of the dissatisfaction with Windows 8.

The new terminology did not last long as Microsoft claimed at the 2012 BUILD conference that Metro was just a codename and the new style of applications that leveraged WinRT were actually “Windows 8 Store Apps” or “Windows Store Apps” or “Windows 8 Style Apps.” This did not help matters as it made talking about these things awkward, and it did a poor job of masking the widely held belief that a lawsuit by a company in Germany named Metro was actually the driver here. The name fiasco did not help win hearts and minds, and it can still make conversations a bit stilted.