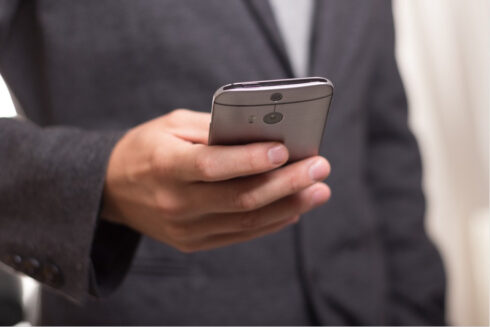 I attended Qualcomm’s launch of its Snapdragon 8 platform in Hawaii in December. Saying that the combination of technologies was impressive would be an understatement. The camera’s capabilities are better than a DSLR, the sound quality exceeds what most high-end sound systems can reproduce, and the gaming performance rivals gaming consoles. The peripherals and software applications that make these features shine will differentiate the smartphones and dedicated devices (like handheld gaming systems). The new phones will have potential without them, but users may be disappointed with them.

This week let us talk about the need to up the camera, sound, and gaming applications tied to the new Snapdragon 8.

The Snapdragon 8 platform is impressive. I am an ex-professional photographer, and the kind of quality they can get out of the new camera in this platform is a significant change all by itself.  I was skeptical because photography was all about lenses back in the day. Back then, we argued over whether Nikon or Canon lenses were the best. But this new Snapdragon 8 platform bypasses the lens question entirely. Working with Leica, Qualcomm has achieved the ability to create images that rival those from a DSLR using the processing power in the phone rather than the lenses.

In theory, this could be a far better approach. You can better assure the quality of electronic parts through the manufacturing and processing stages than you can lenses which may get scratched during assembly or shipping or have the lens coatings compromised. The smaller the lens, the less chance of damage, and the lighter the lens, the less likely a drop will damage it. Smartphone lenses are both small and lightweight, assuring the consistent quality of the lenses initially and throughout the life of the product.

The demonstration pictures were terrific. They have added new capabilities, like one-button panoramas providing 140 degrees of coverage and no need to pan the camera. Improvements in image stabilization help ensure even a novice can take beautiful, high-resolution pictures. The following week, Sony Research presented its improvements to camera sensors, and Qualcomm is partnering with Sony on next-generation camera sensors, suggesting this capability will become even more advanced.

The amazing demonstration included the use of $7K speakers. The sound was full range, uncompressed, and made you feel (when you closed your eyes) like you were right in front of the orchestra. While most of us do not have sound systems that would do these new phones justice, many of us have high-end sound systems in our cars and are embarrassed by the low-quality sound streams and ripped music we play on them. With Snapdragon 8, we will finally get a sound source that does these upgraded automotive sound systems justice.

The game performance was equally impressive. We saw several high-end, PC-type games played off the cloud. With Razer, Qualcomm highlighted a handheld gaming system prototype that will be on my wish list for next Christmas. Even though it had yet to be fully tested for use, I played with it a little bit, and the form factor just felt right to me.

With the camera, the need to create a more intuitive or AI-driven (this new platform has an enhanced AI capability) camera application so users can not only see how good this camera is, but they can do some of the cool stuff this brilliant camera capability enables, like automatically recommending a panoramic shot or doing a better job with the flash so there isn’t so much delay between pushing the button (which can distract pets), and automatically recommending better settings.

Sound will require better speakers and microphones in the smartphones to get the full benefit of this Snapdragon 8 platform. Application-optimized sound output for headphones, earbuds, automotive use (with specifications on high-end cars), and home systems can do this phone’s fantastic music capabilities justice. Applications that can listen and autotune the sound to optimize for the room or car would be beneficial here and help users get all the benefits from the high-end phone.

For gaming, both the lack of phone controllers and the need to put your fingers on the screen to control the action detract from the overall experience. Phone game controllers are already in the market, but drivers must ensure extremely low latency, or these accessories will underperform in sales due to disappointed gamers. Making sure the games can use all this new power, can automatically suspend when another feature is used (like answering the phone), and give gamers just a slight competitive advantage when playing against others would be well received. In addition, Qualcomm and Lenovo spoke about head-mounted displays which could, with the suitable controller solution, make for an incredible gaming combination even without the custom game configuration that Qualcomm and Razer are working to create. The handheld gaming prototype they showcased looked awesome!

The Qualcomm Snapdragon 8 platform is impressive, but the real differentiators will be how developers use these new capabilities while making them more available and valuable to users. At the same time, basic applications and software will work fine for those that want to truly differentiate using the enhanced AI capabilities in the phone to optimize the optical, sound and gaming capabilities.

The winners next year when these new phones finally show up will be those vendors, software, and hardware, which can best highlight these new capabilities. And it is not just software. I expect there will be a market for hardware accessories that will add more stable holding for both gaming and photography, and next-generation headphones, speakers and earbuds that will do the new sound capabilities justice.

In the end, the creativity of the app developers and accessory makers may more define the next generation of high-end phones as they work to make sure we users get all the fantastic, improved performance the Snapdragon 8 platform promises. 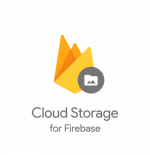