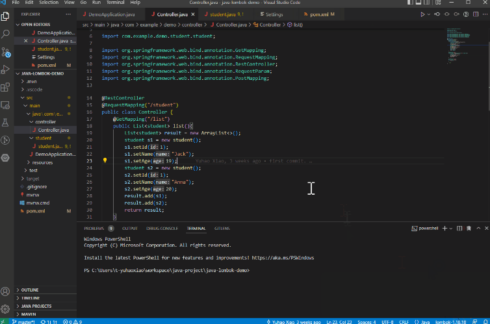 Microsoft has made its monthly update for Java in Visual Studio Code. This update includes built-in support for the Lombok library, drag and drop support, an exclusion list for inlay hints, and more.

Some Visual Studio Code users had been reporting to Microsoft that when they have Lombok dependencies in their projects, some extensions wouldn’t work as they are supposed to. After investigating this issue, Microsoft made the issue to provide built-in support for the library so that developers wouldn’t have these issues.

The company also enabled a Drag and Drop feature in the Java Project Explorer view. This will allow developers to do things like drag a class from one package to another, drag a package into another package, and drag a JAR file from the operating system to a Java project.

It also added a way to hide Inlay Hints under certain circumstances. Inlay Hints is a feature that was introduced in April and it shows hints about the parameter names for unfamiliar methods. Microsoft said that most developers liked this feature but that there were cases in which they didn’t want it to appear.

Another feature that has been added is the ability to set a function breakpoint when debugging. Execution will be paused at the breakpoint and the debugger will provide details about the context of the execution.

Microsoft also continues to make Spring improvements. This month the feature they are highlighting is the bean dependency view. Beans are objects that are managed by a Spring IoC container. Developers will now be able to see what a bean is injected into or what it depends on.

More information about the July updates for Java in Visual Studio Code is available in this blog post.