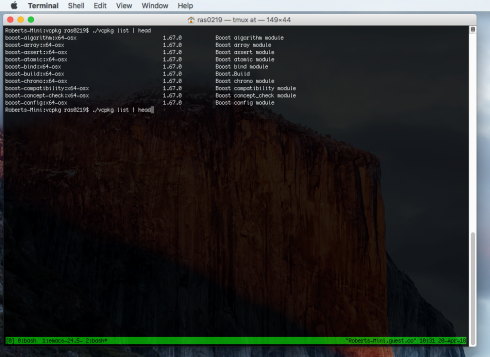 Microsoft has announced developers can now access its C++ libraries on two new platforms. Vcpkg is now available for Linux and macOS, joining its existing support for Windows and UWP.

“At Microsoft, the core of our vision is ‘Any Developer, Any App, Any Platform’ and we are committed to bringing you the most productive development tools and services to build your apps across all platforms,” the Visual C++ team wrote in a blog post.

Vcpkg is an open-source VC++ packaging tool. It provides access to C and C++ libraries to its supported platforms. The project was first announced at CppCon in 2016 to meet the needs of developers. “Acquiring native libraries on Windows is a critical part of the application development process; in our surveys, you told us that 80 percent of your C++ projects depend on two or more libraries. Despite this, we’ve heard that the current process for acquiring native libraries falls below C++ developers’ expectations when compared to other platforms such as Mac (Homebrew) and Linux (apt-get, yum, etc.),” Microsoft said at the time.

Since then, the tool has grown to more than 900 libraries and features, with more than 350 libraries available for Linux and Mac. Microsoft expects that number of grow rapidly.

Vcpkg is built on a set of principles that include: open-source tools, zero installation, repeatable builds, customizable builds, open to contributions from the community, and ports collection approach. More details are available here.