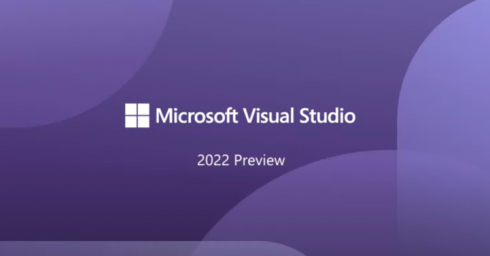 Microsoft announced the first preview release of Visual Studio 2022, which the company aims to use to test and tune the scalability of the new 64-bit platform.

The Visual Studio 2022 previews can be installed side-by-side with earlier versions of Visual Studio, which are available in all three editions (Community, Pro, and Enterprise), and are free to use.

Microsoft added that it is working on a slate of new features and performance improvements in Preview 2. One such feature that developers can try now is the update to IntelliCode, which automatically completes code up to a whole line at a time.

Additional details on the new preview are available here.

Also, identifiers can now contain non-ASCII characters and all valid identifier characters in Unicode as defined in UAX #31 can be used.

HackerOne announced a new workflow automation integration with GitHub that enables developers to track and synchronize high-priority vulnerability reports between HackerOne and GitHub.

With the integration, development teams can organize sprints and speed up build time all while fielding requests from technical teams and tracking their work from within a single interface.

“Our goal is to break down the walls between security and developers, building the critical feedback loops that empower developers to learn from each report and develop more trustworthy products from the start,” said Alex Rice, CTO and co-founder of HackerOne.

Azul announced that it is changing the way it bills users of its Java platforms to a capacity-based pricing structure that involves billing based on the processor power of the server rather than the server count.

Previously, when servers were used as the billing metric, the billing amount for physical or virtual servers was the same regardless of the size, a method that didn’t enable customers to right-size their server processing power.

With the new pricing, Azul aims to integrate into highly virtualized environments, make it easier for Oracle customers to evaluate Azul and deliver a metric that offers consistent ROI across hardware size.