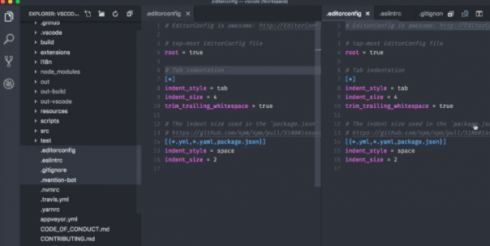 The January 2018 release of Visual Studio Code has arrived. New features include Explorer multi-selection, improved Settings search, errors and warnings in Explorer, and Git submodule support. A full list of features can be found on the release page.

Preview features that are not ready to be released yet includes support for language packs and UX designs for notifications.

Qt Creator 4.6 beta is announced
Qt has announced the release of Qt Creator 4.6 Beta. According to the company, the most notable change is the upgrade of the backend for the Clang code model from Clang 3.9 to Clang 5.0, which enables support for a lot of C++ features not available in Clang 3.9. The release also adds three additional filters to Locator and a big update to the model editor, now supporting text alignment and multi-line object names.

Highlights of found vulnerabilities include an exploit chain on Pixel devices, a chain of bugs that allowed remote code execution in Chrome OS guest mode, and the discovery that anyone could gain access to internal Google Issue Tracker data.

“We are focused on enabling a variety of users to be productive on MapR on both development and deployment, allowing them to leverage all data effortlessly regardless of the data’s location on prem, in the cloud or at the edge,” said Neeraja Rentachintala, senior director of database and analytics at MapR. “The latest release of the MapR Expansion Pack gives the data scientist community an option to use their language of choice, Python, for high-performance data analysis on operational data, defining real-time workflows to read/write data into MapR database, and pain free deployment by simplifying the Python library distribution across the cluster.”