Improvements to the developer experience in OpenShift 4.11 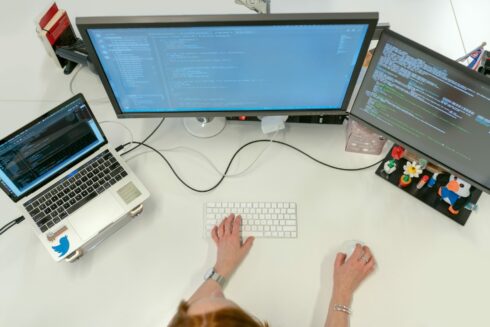 The OpenShift console now offers users dark mode, a long-awaited feature according to the company. Users can set their theme preferences by going to User Preferences and selecting either Light, Dark, or System Default.

Customer requested usability enhancements are also included in 4.11, such as the ability to easily create and edit routes and ConfigMaps with a form-based interaction. Additionally, users can now connect to the Red Hat console from the Application Launcher as well as share their project with other members of a team by clicking the Sharing card on the Add page.

OpenShift 4.11 also offers the ability to view the impact that resource quotas can have on a project. The Project Dashboard now includes a Resource Quotas card that displays all defined quotas on a particular project and gives a warning when the namespace has met or surpassed a quota.

With 4.11, users also gain several OpenShift web terminal upgrades. Among these is the web terminal drawer’s support for multiple tabs, with a maximum of eight when the Web Terminal Operator is installed.

In addition, developers using bindable services will now have the ability to identify which services are bindable by looking for the bindable label on the catalog cards, filter for bindable services in the Operator-based service catalog, and visually identify Service Binding connections that are in an error state in the topology view.

Lastly, OpenShift 4.11 brings users the ability to create event sinks with a form-driven interaction as well as several pipeline-as-code improvements. To learn more, visit the website. To get started with OpenShift 4.11, click here.