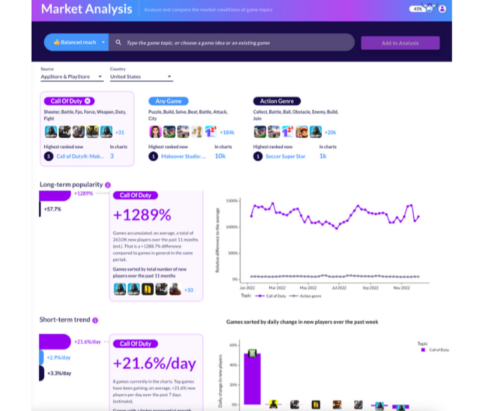 Market Analysis uses AI to predict the market potential of a new game idea. This will help developers save time by limiting their focus to work on things that will connect with their customers.

According to Ludo, this helps game developers de-risk their ideas by giving them the best chance for success.

“The demands of the games industry have shifted, making the environment more competitive than ever, and we as a team have adapted to these demands,” said Tom Pigott, founder and CEO of Ludo. “AI technology has advanced exponentially over the last year, and with that Ludo has improved its services for game creators, allowing them to focus on the creative process while limiting the risk of failure in a competitive market.”

The new Image Generator uses advances in Stable Diffusion to generate high quality images that are relevant to game-specific topics. Game developers can provide a keyword and the tool will generate images, game icons, and game art, such as characters, worlds, items, art concepts, and more.

It can also receive an image as input, then transform it into another image. This enables developers to create icons and images in different artistic styles and variations of the image.

The developer can also specify game genres, preferred colors, and art styles, which the generator will then follow.