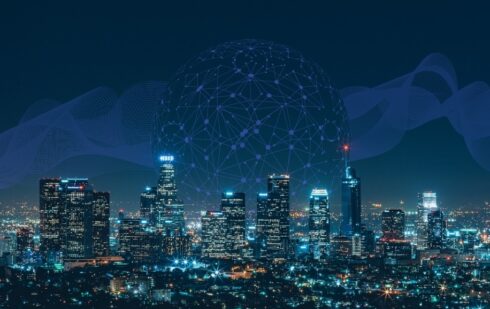 March was NVIDIA’s GTC (GPU Technology Conference), and it remains my favorite show of the year. This is because NVIDIA does far more than most in imagining what the future world will look like after deploying their latest technology. In a world of events that focus on speeds and feeds, NVIDIA focuses on why I should care, which is an important aspect of any new technology presentation.

One interesting surprise this year was Jensen Huang, NVIDIA’s CEO, speaking about 2026 as not only the year when electric cars would get NVIDIA’s most advanced autonomous driving technology, but the year 6G will be announced.

Talking about 6G before we are even done deploying 5G would seem premature, but NVIDIA’s timeline and Qualcomm’s timeline for this technology are in agreement. While Qualcomm is likely a more reliable source for timing on smartphones, since the two agree, I think we can take 2026 to the bank, at least for now, on when we will need to have 6G phones in market.

Let us talk about some of the interesting advancements that will make 5G phones obsolete when 6G becomes broadly available.

NVIDIA is an end-to-end supplier now. It doesn’t have the client side of this solution, but it’s working with partners on 6G tower technology. NVIDIA is positioning its market-leading AI technology against what will be a significant traffic management problem with 6G. It is anticipated that, like 5G was, 6G will result in greater bandwidth and improved security. It also anticipates that penetration will be better, allowing 6G phones to better function in buildings and tunnels, and that the server back-end these phones will be connected to will be far more robust.

The reason for this enhanced, advanced AI capability is to better manage traffic and assure that each user only gets the bandwidth they need and that technology to improve the quality of the call is applied as needed. In other words, cell sites under 6G, if NVIDIA gets their way, will be far more intelligent than they are today to improve service while not increasing energy requirements significantly or overwhelming the back haul.

Coming with this broad use of AI in the 6G timeframe are several things that could show up even earlier. One is an enhanced digital assistant that will make today’s offerings from Google and Apple seem stupid by comparison. This future digital assistant could speak to you in a variety of voices, which could include the voice of a celebrity or even a family member. (Personally, I would avoid using a boyfriend or girlfriend because, should you break up, you might find the voice annoying, and they may not appreciate you continuing to use it, anyway).

Features that currently exist in some phones, like the automatic ability to call for help if you are in an accident or fall, will be enhanced by an AI that can initially query you about your problem or even activate a camera that automatically captures the event for later insurance or police use depending on where the camera is.

And NVIDIA made a big deal about two coming features. One is the ability to create a photorealistic avatar that can speak a variety of languages while appearing like you are speaking to them, and when using video, lip sync what you are saying to the image. Oh, and that image can look like you on your best day, so if you get a video call in the middle of the night, you may sound sleepy, but you will appear as if you were dressed for the call.

And finally, the technology will include digital employees that can participate on your collaboration team and potentially represent you in meetings taking notes and making measured replies so that the folks on the other end of the call think they are talking to you. This last will introduce some interesting issues on who owns the virtual you. For instance, what would the company do with it if you quit or die?

Wrapping up: I saw the future at GTC

There was a lot to get excited about at GTC this year. Autonomous cars showing up in 2025 will mostly be electric, supercomputer advances will result in massive performance improvements, huge jumps in robotics are on the horizon, and the advances I have mentioned with collaboration systems. But I was left wondering when NVIDIA would enter the smartphone market to complete its end-to-end efforts in other areas. NVIDIA’s view, which is like Google’s, is to put most of the intelligence and power requirements in the cloud which has the potential to massively shake up the market should NVIDIA complete its end-to-end strategy there and revisit creating a 6G device.

You might think you have plenty of time to prepare for 6G, but if you wait until 2026, it’ll be too late. Best to start planning for what will likely not only be a 6G revolution in terms of connection, but in terms of what you can do with the next-generation phones and even what they’ll looks like (you’ll need a head mounted display for eye tracking for instance).

The only thing that is clear right now is that 6G should be a vastly more disruptive change than 5G was but, by any measure of performance and capability, it should be worth it.