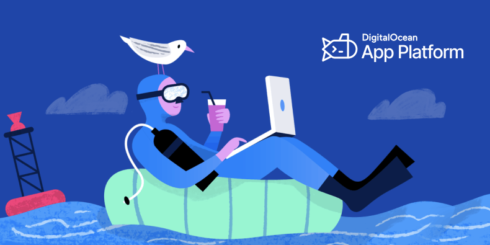 With the release of the DigitalOcean App Platform, the company wants to make writing code a lot easier for developers by automatically deploying and running their code at scale.

“Even though Kubernetes has emerged as a middle ground between PaaS’s convenience and the control of IaaS (Infrastructure as a Service), it is still somewhat complicated,” Apurva Joshi, vice president of products at DigitalOcean, wrote in a post. “With the App Platform, you can build, deploy, and scale apps and static sites quickly and easily — much as you can with other PaaS solutions — by simply pointing to your GitHub repository.”

The App platform leverages the power, scale, and flexibility of Kubernetes without exposing developers to its complexity, DigitalOcean explained. Additionally, the platform is built on open standards that provide more visibility into the underlying infrastructure than in a typical PaaS (Platform-as-a-service) environment, according to the company.

Users can deploy the source code directly from their GitHub repositories with support for GitLab and BitBucket coming soon. With ‘Autodeploy on Push,’ the platform automatically re-deploys the app each time the branch containing the source code is pushed.

“The App Platform is one of the few PaaS products built on a shared Kubernetes platform. We automatically analyze your code, create containers, and run them on Kubernetes clusters. Since we embrace open, cloud-native standards, there’s little to no code customization needed to use the App Platform,” Joshi stated.

The solution is now available in three tiers: starter that allows users to build and deploy three static sites for free, basic to prototype apps, and professional to deploy production apps.