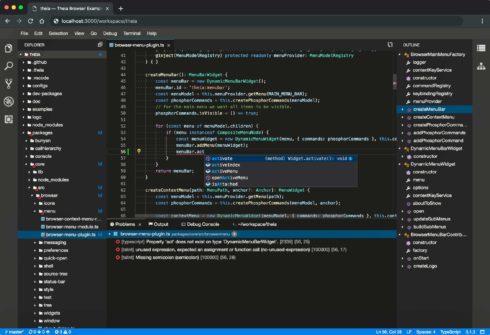 The Theia project was started by Ericsson and TypeFox in 2016, and since then it has become an integral part of cloud solutions globally. The project approached the Eclipse Foundation about becoming a potential host in 2019.

“We are thrilled to see Eclipse Theia deliver on its promise of providing a production-ready, vendor-neutral, and open source framework for creating custom and white-labeled developer products,” said Mike Milinkovich, executive director of the Eclipse Foundation. “Visual Studio Code is one of the world’s most popular development environments. Not only does Theia allow developers to install and reuse VS Code extensions, it provides an extensible and adaptable platform that can be tailored to specific use cases, which is a huge benefit for any organization that wants to deliver a modern and professional development experience. Congratulations to all the Theia committers and contributors on achieving this milestone.”

GitLens 12 released with support for VS Code for the Web