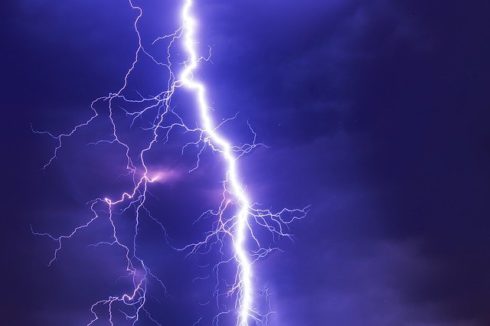 The news late last year that Adobe was pulling the plug on its plug-in Flash media player was not unexpected. The world has moved on from plug-ins, and as we have seen over the years, better solutions come along to replace older ones, even if that “OG” software dominated its space through ubiquity. Deals with Apple and Microsoft ensured that by 2001, the Flash player would be installed on 98% of computing devices available at that time.

Flash, first created by engineers at now-defunct Macromedia, brought the world animations and video. But it did more than that. It brought a new generation of computer enthusiasts into software development, fascinated by the games that could be created for Flash and by websites that routinely employed multimedia offerings.

RELATED CONTENT:
The demise of Flash
Saving Flash from extinction

“From my point of view, you have to look at what the web was at the time,” said Andrew Borman, digital games curator at The Strong National Museum of Play located in Rochester, N.Y.  “It was very Web 1.0. It was relatively static web pages meant for people to consume what was there … mostly text. But as you get Flash, you’re able to do a lot more of those image heavy things that, you know, the early HTML standards really weren’t meant for multimedia. And that really started to allow for video — or animation would be more accurate — animation in a way that computers of the time could handle and internet connections of the time could handle. And that was really what made it special.”

It was Flash that moved Web 1.0 from the consumption of static pages to enabling websites to provide a much fuller experience that previously could only be gotten from CD-ROM discs back then. And it became the de facto standard for implementing multimedia in websites.

That, Borman said, is because it was the only software you could use to do it. Since then, he noted, there have been numerous efforts to recreate the same tooling in different other standards, such as HTML5, which overcame browser interoperability issues.

Many good things, though, often have a but. In the case of Flash, its ‘but’ is that it was closed source. Borman said that users were locked into the Adobe ecosystem of having to use its Flash Creator program to build animations.

“The benefit of HTML5 is it can replicate much of what Flash seemed to have done in some way, shape, or form, sometimes a little more difficult to do, from talking to developers,” he explained. “But the benefit is it’s open source. So you can always see what’s going on, and that will hopefully limit a lot of the security issues that plagued Flash over the years. And it really comes without a lot of the CPU load that came with Flash.”

Most of all, though, Borman was nostalgic about everything Flash. He made the point that it made gamers out of people who wouldn’t necessarily call themselves gamers. “My mom sat down and played games on Pogo, and all sorts of other Flash sites, and she is not a gamer. That part of it is so important if you look at Flash, as a video game platform alone, there were hundreds of millions of people that installed Flash, and that’s a lot of people playing games.”

And, because Flash was inexpensive compared to game console development kits, this opened up possibilities for potential game designers to create things that they just didn’t have before. “One thing I think that perhaps people don’t recognize enough about Flash, is that by making all these games accessible, you got a lot of people involved in computer science that may not otherwise have gotten into computer science. People just started playing games and thought they were cool, and wondered ‘How did they do that? I want to write a game,'” Borman said.

Not only did Flash create an opening for future developers, but Flash games — wittingly or not, according to Borman — “made computers accessible to a lot of people. It made people interested in computers and a lot of ways and I think helped drive the whole move towards ubiquity of every home having a computer.”

At the museum, Borman gets to look back on some of the early games and animations created with Flash, and marvel at how influential it was in changing what could be done with websites. “Some of it was really great. And now you look at TV shows and that sort of thing. They really have a Flash look to them. So it opened up so many avenues, even beyond games. There’s all its historical elements to it that are still really valuable.”

How these companies can help you modernize your applications

Legacy app modernization is not a slash and burn process