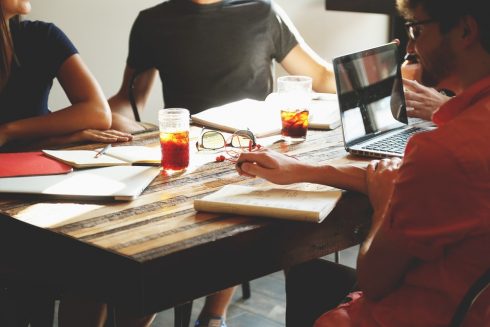 I find that I’m writing an awful lot about process these days, and I have figured out why. It’s because, if your company is like one of my old ones, your processes are awful.

It’s not that all the processes themselves are awful, though some are truly poorly thought-out. A big part of the process problem is that there are too many of them, some conflicting, some vague, some enforced, some not.

If there’s one thing all workers can agree on, there’s nothing worse than a process that’s not hard and fast. For more on this, you can look to Microsoft, famous back in the day for offering developers nine different ways to do the same thing. Developers don’t want choice (at least not in a process); they want to know the best way to do something and then to do it. Black and white. Remove the gray area. That slows things down.

I once worked for an organization that had five different communications channels — email, AIM Messenger, an internal messaging system tied to their production software, printed data sheets that would be updated a number of times throughout the day, and — of course — getting up and actually talking to someone you needed something from. Upper management decided this was untenable, that too many emails were going to too many people only marginally invested in the message. So it came to pass that the company would henceforth use Slack as its lone communications channel. Friends still working there report in frustration that the company now has SIX different communications channels.

Older workers didn’t want to learn Slack, so stayed on email and getting up to talk. Younger workers would send Slack messages, but had to resort to getting up when the older workers didn’t look at the messages. Slack did a nice job of mostly eliminating the printed data sheets, and the internal messaging system fallen largely into disuse, but email remains the top way to communicate — a constant source of annoyance to those only marginally invested in the emails.

Process change requires follow-up. It’s not enough for management to identify a problem, come up with a process to solve it, and then — after much back-patting — move on to the next thing. Management needs to check in, see if the new process is being used, ask how it’s impacting performance — helping, or hurting? Then, there is the question of ‘How much process is enough, how much is too much?’

As part of my interviewing process for the Value Stream Management buyers guide in this month’s edition, I spoke with Tasktop senior strategist Car-men DeArdo about process in software development. He had this to say:

“I think the people doing the work know the best about how to improve. Jonathan Smart [the former Head of Ways of Working at Barclays] said, you want to provide guardrails to keep them on the road, but inside that, you want to give them room to move around freely and innovate. As much as possible, you need to let the team take control of their own journey and allow them within those guardrails to go with it. I try to get people to think about the nouns in their artifacts, things like initiatives and features and stories, and not get hung up on the tools. Don’t get hung up on the tools. Tools come and go. You should have an exit strategy for your tools before you implement them. Don’t fall in love with a tool or a process; fall in love with getting better.

“Companies have people with great ideas … much better ideas than the leaders have. They’re going to work every day. And yet we don’t harness that. We could have never guessed on some of the ideas these teams would come up with once we unleashed that. If we’re trying to hire the best talent we can, let’s listen to them, let’s utilize them. I don’t think we have that right for the most part. We tend to over-govern, over-control. Why in the heck are we making our process so confining? Why do we need it? The process should serve us; we shouldn’t serve the process.”

That’s it right there. We’ve become slaves to process. That stems from the command-and-control background the industry grew up from. Organizations feared the chaos that would ensue if they loosened up on the processes. It’s important for business leaders to develop trust that the people they’re hiring know best how to complete their tasks and advance the business mission.