Report: Rust is the most beloved programming language for five years running 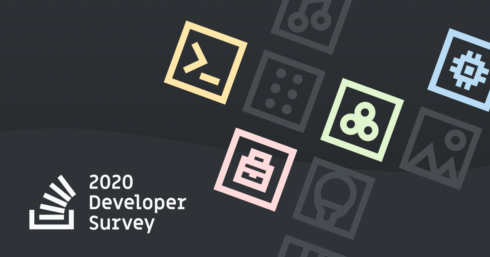 Rust continues to maintain its spot as the most beloved of programming languages among professional developers. For the firth year in a row, the Stack Overflow Developer Survey found a majority of developers who are currently using it (86%) say that they are interested in continuing to develop with it.

Rust continues to be the most loved programming language because it “solves pain points present in many other languages, providing a solid step forward with a limited number of downsides,” Stack Overflow explained in a post.

Additionally, Python’s continuous rise seemed to end this year as TypeScript pull ahead. Last year the two languages shared second place, but according to Stack Overflow TypeScript came ahead due to Microsoft’s change of direction and embrace of the open source movement. TypeScript also polyfills many ECMAScript changes (like arrow functions, async, and classes) before they’re widely available in browsers. Go made significant gains, moving up to 5th place from 10th last year.

Meanwhile, VBA, Objective-C, and Perl hold the top spots for the most dreaded languages—languages that had a high percentage of developers who are currently using them, but have no interest in continuing to do so. All have over 70% of users dreading the language.

As for frameworks, the survey found that ASP.NET Core is the most loved web framework, beating out React.js this year. Gatsby, a newcomer on the survey, is already sitting at 5th, being loved by 60% of the respondents. On the other hand, the most dreaded frameworks included Angular.js, Drupal, jQuery, ASP.NET, and Symfony.

.NET Core and Torch/PyTorch remain the most loved of the other remaining frameworks, libraries and tools.

Taking a look at database technologies, Redis remains the most loved, followed by PostgreSQL and Elasticsearch.

The survey also found that 80% of respondents believe that DevOps is at least somewhat important, and 44% work at organizations with at least one dedicated DevOps employee.

The reasons for this trend include consumers’ expectations for their apps and services to be available at any time and any place, Stack Overflow stated in a blog post.

Engineering managers, Site reliability engineers (SREs), DevOps specialists, and data engineers remain among the highest paid individual contributor roles in that order. All earn a median salary of or above $125k in the United States.

The survey was conducted before the COVID-19 lockdowns and found that more than 75% of developers said they work overtime at least occasionally, meaning one to two days per quarter, while  25% work overtime 1-2 days per week or more.

In terms of workplace diversity in software development, the difference in representation from previous years did not change significantly.

“There was an uptick in some race and ethnicity groups, while other races and ethnicities remained similar or decreased. Similarly, we saw a slight increase in female-gendered respondents, while non-binary, genderqueer, or non-conforming remained the same,” Stack Overflow said.

The 2020 Developer Survey was conducted in February of this year with participants from nearly 65,000 developers.