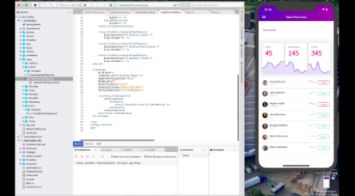 C++20 Concepts are now supported for the first time in Visual Studio 2019 version 16.3 Preview 2. This includes both the compiler and standard library support.

Concepts are predicates that you use to express a generic algorithm’s expectations on its template arguments, and they allow developers to formally document constraints on templates and have the compiler enforce them, according to Microsoft.

“Dropping IE support isn’t something we decided to do out of spite or something; it really allows us to improve things for everyone else. And by seeing the numbers, the people that will benefit are multiple times more,” the developers behind Bootstrap said.

V4 will be supported for quite some time which means people who want to support IE can still use this version, like people could use v3 after v4 was released and we kept supporting it for a long time.

The latest release of Zig upgrades to LLVM 10, which includes bug fixes for  ARM Support, MIPS Support, and RISC-V Support.

Additional details on the updated version are available here.

Google extends deprecation timeline for JSON-RPC and global HTTP batch endpoints
To enable customers to identify systems that depend on these deprecated features, before the final turndown date is reached, there will be scheduled downtime for Global Batch and JSON-RPC starting from February 2020 and running through August 2020, Google stated.

“We have invested heavily in our API and service infrastructure to improve performance and security and to add features developers need to build world-class APIs. As we make changes we must address features that are no longer compatible with the latest architecture and business requirements,” Shilpa Kamalakar, Google’s technical program manager, wrote.