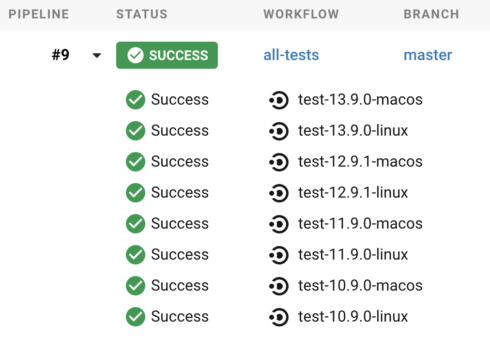 “This feature is powerful because it works with any combination of job parameters, generating human-readable names for each individual job. You aren’t restricted to a finite number of ways to do cross-platform testing,” CircleCI wrote in a blog post.

Additional new CircleCI advanced features include the ability to exclude specific combinations and use templated dependencies to create complex workflows.

Offering a variety of integrations, Snyk enables developers to apply license testing on each and every stage of the SDLC and as early as possible.

JetBrains introduces Rider for Unreal Engine preview
JetBrains announced Rider – a cross-platform IDE based on the IntelliJ Platform – to Unreal Engine 4 after it was used with Unity.

Rider for Unreal Engine aggregates all the C++ and Unreal Engine features that come from ReSharper C++ and is knowledgeable about Blueprints, HLSL, and understands C# Build and Target files.

Rust 1.43
Rust said that while there are no new major features in this release, it does have some new stabilized APIs, some compiler performance improvements, and a small macro-related feature.

In macros, developers can use ‘item’ fragments to interpolate items into the body of traits, impls, and extern blocks and a new Cargo environment variable is available for tests.