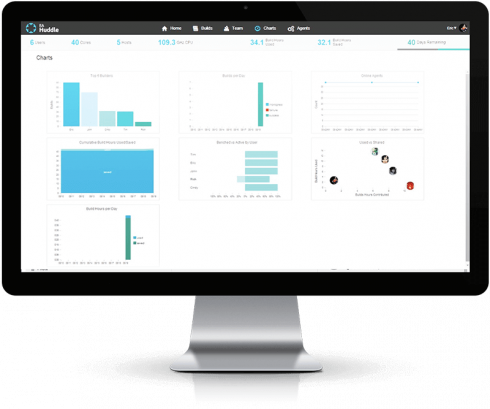 “In the month of December alone, just 20 of our customers reported saving more than 2 million developer hours on 291,000 builds,” said Eric Melski, chief architect for the ElectricAccelerator product. “For these organizations, getting innovation out the door fast matters, and giving teams the time they need to iterate on and test their software before release is also important!”

“The Dynatrace Developer program is a one-stop shop for developers to innovate and create with Dynatrace,” said Steve Tack, SVP of Product Management at Dynatrace. “We’re empowering enterprises to extend the AI and automation core of the Dynatrace® software intelligence platform to third-party tooling, platforms and workflows across the enterprise cloud to garner greater insight and automation, including autonomous cloud operations. By creating a centralized location and collaborative environment, Dynatrace is delivering the tools and resources our growing ecosystem needs to start quickly and show results.”

DotData launches lightweight Python library
DotData has announced a new lightweight and scalable Python library that will enable users to access its data science automation functionality. According to dotData, users will be able to create, execute, and validate data science pipelines using on a few lines of code.

In addition, dotDataPy easily integrates with Jupyter notebooks and other Python IDEs. This will enable users to fully leverage the advanced Python ecosystem.

“Each of the Tower floors is procedurally-generated, which means an AI agent must not only be able to solve a single version of the Tower but any arbitrary version as well. In this way, we’re testing the generalization ability of agents, a key capability that has not often been analyzed by benchmarks in the past,” said Danny Lange, vice president of AI and machine learning for Unity Technologies. “Essentially, with the launch of the Obstacle Tower Challenge, we hope to stimulate new AI research and further the field of reinforcement learning.”