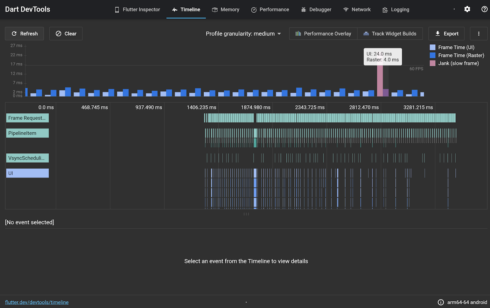 Flutter announced a new version of Dart DevTools, a suite of tools for debugging and performance analysis for dart and Flutter code.

The new release adds updates to the performance and memory pages, and a completely new network page.

“One major benefit of choosing Flutter is that selecting a distribution model is something we can do after we’ve written the code, rather than the first decision we have to make,” the Flutter team wrote in a blog post.

The offering is able to assess both the application source code and the full tree of public API and BuGet package dependencies to identify those that are incompatible with .NET Core.

Developers will need to install the .NET Core 3.1 SDK and create a credential profile, which is  used to collect compatibility information on the public APIs and packages.

Additional details on how to get started with the new tool are available here.

Apache Samza 1.5 released
The new release brings Samza Container Placements API, which gives users the ability to move or restart one or more containers, and Job Runner will now submit Samza job to Yarn RM without executing any user code.

These metrics help you quantify the health and usage of your Action, and gain insight into how users engage with your Action.