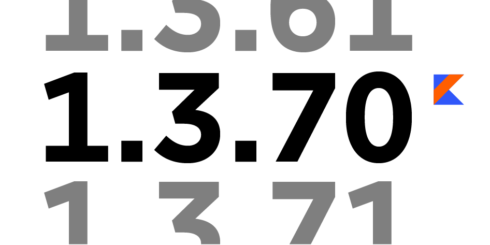 The Kotlin 1.3.70 update was released with new functions and classes for Kotlin collections in the standard library, various improvements in the IntelliJ Kotlin plugin, and more.

It also includes faster compilation and debugging for Kotlin/Native as well as improved support for scripting in the IDE.

All new functions are added to the standard library in the experimental state.

Google Play updates and resources for developers
Google Play stated that as a result of current business conditions, the app review process has been temporarily slowing down, now taking 7 days or longer.

It also stated that it will currently only approve apps that reference COVID-19 or related terms in their store listing if the app is published, commissioned, or authorized by an official government entity or public health organization, and announced subscriptions support.

“In these unprecedented times, Google Play’s mission to support you, ensure your businesses continue to operate well, and help users get the content they need is more important than ever,” Google wrote in a blog post.

Google Local Home SDK ready for Actions
Google announced that Local Home SDK has left developer preview and is allowing developers to submit local fulfillment apps along with their smart home Action through the Actions console.

“As part of the Smart Home platform, local fulfillment extends your smart home Action and routes commands to devices through the local network, benefitting users with reduced latency and higher reliability,” Google wrote in a blog post.

The Local Home SDK v1.0 supports the discovery of local devices over Wi-Fi using the mDNS, UDP, or UPnP protocols.

Crystal language 0.34
The Crystal 0.34.0 update comes with a better exception hierarchy to replace Errno, a new logging module, cleanups and fixes aiming for a better, and a more stable release, according to the developers behind the language.

Within the language a case expression will no longer have an implicit ‘else nil,’ and in the compiler, the ‘disable_overflow’ compiler flag has been dropped.

Pluralsight offers courses on the top-ranked skills listed in the Technology Index including in JavaScript, Angular, Python, C# and more.