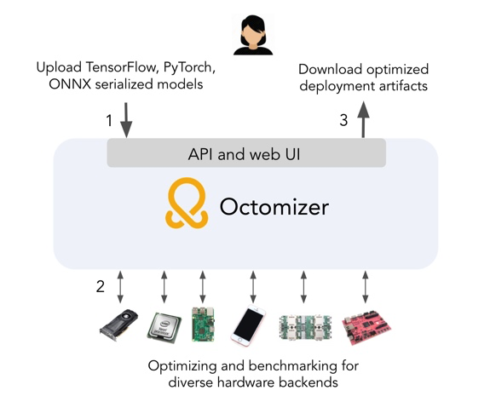 OctoML announced that it raised $28 million in a Series B funding round that it will use towards accelerating ML deployment.

OctoML said it will use the funding to double its team and launch Octomizer, its self-serve SaaS product.

The Microsoft.Toolkit.Mvvm package makes it easier to abstract the base Model and ViewModel logic from an application later in the process, especially for projects that target multiple UI frameworks, according to Michael A. Hawker, a senior software engineer for Windows & Devices in a blog post.

Microsoft added that there are some new package structures and breaking changes that have primarily affected the Animations and Controls packages.

SQLAlchemy 1.4 released
SQLAlchemy features a major rethink of some of the most prominent APIs in Core and ORM as well as new internals and a wide range of significant new features and capabilities.

The highlights include a unified approach around a revised and more-capable select() construct, a revised declarative mapping system, universally transparent caching of  SQL compilation for both Core and ORM and more.

SQLAlchemy 1.4 is the starting point for the SQLAlchemy 2.0 project, which will fully move to Python 3.

Auth0 Next.js SDK released
The new offering makes it easier for developers to add authentication to their Next.js apps.

Nextjs-auth0 does this by adding server-side login, logout and session management and also offers a suite of tools to help developers access the user’s session from the server and client-side.

A detailed setup on how to get started for choosing the right type of authentication with nextjs-auth0 is available here.