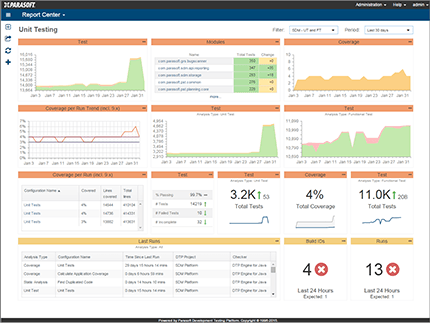 The new release of Parasoft C/C++test 2020.2 includes support for modern development workflows, enabling CI/CD pipelines and DevOps to accelerate productivity as well as many new features.

“Our team strives to fundamentally transform the way companies verify their software. Parasoft C/C++test continues to evolve in ways that influence our industry and we’re thrilled to see our contributions making a positive impact with our customers,” said Richard Sherrard, the vice president of products at Parasoft.

In version 16.8, Microsoft improved support for major C++20 features across the compiler, standard library, and IDE and Git is now the default version control experience in Visual Studio 2019.

Additional details on the new releases are available here.

CockroachDB 20.2 released
Cockroach 20.2 includes new capabilities for spatial data, a CockroachDB for Kubernetes option, and the addition of backup and Restore functionality to the free community option.

“The combination of a geo-distributed database with geo-spatial capabilities also opens the door for even more innovation. The syntax is compatible with PostGIS and is familiar and easy to use,” CockroachDB wrote in a post.

Meanwhile, CockroachDB on Kubernetes packages the cloud-native database with a custom operator that is optimized for orchestrated deployments.

InfluxDB uses a single binary by default, which means it’s much easier to secure. Every request to InfluxDB is accompanied by an authentication token that can be revoked, and the built in user interface is secured with a username and password. InfluxDB Open Source 2.0 also contains an all-new Data Explorer, additional visualization types, and a powerful new query language called Flux.

Additional details on how the new solution works are available here.

IBM and AMD team up on hybrid cloud and AI
IBM and AMD announced a joint agreement to advance confidential computing for the cloud and to accelerate AI.

The joint development agreement will expand this vision by building upon open-source software, open standards, and open system architectures to drive Confidential Computing in hybrid cloud environments and support a broad range of accelerators across high-performance computing (HPC), and enterprise critical capabilities such as virtualization and encryption, according to the two companies.