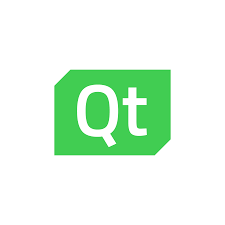 Qt has announced a new version for Python. Qt for Python will enable developers to easily visualize data tied to their Python project and gain access to Qt’s support services and community.

Facebook open-sources DeepFocus
Facebook has open-sourced DeepFocus, its AI system for rendering realistic VR images. According to the company, DeepFocus is able to render blur in real time and at different focal distances. This effect is crucial for achieving realism and depth perception.

“As research into new VR headset technologies advances, DeepFocus will be able to simulate the accurate retinal blur needed to produce extremely lifelike visuals. The platform also demonstrates that AI can help solve the challenges of rendering highly compute-intensive visuals in VR. DeepFocus provides a foundation to overcome practical rendering and optimization limitations for future novel display systems,” Facebook wrote in a post.

“Technology will continue to shape our lives and our future, but what that future looks like is up to us. We are excited about the internet growing and evolving, but new possibilities bring new challenges. We don’t need to give up control of our personal lives in exchange for great products that rely on personal data for ads. Here at Mozilla, we are working hard to make sure that new technologies evolve in a way that champion privacy and choice. We do this by engaging with engineers, teachers, researchers, developers, creators, artists, and thinkers around the globe to ensure that every voice is heard. We are constantly building new prototypes and experimental products for platforms that have the potential to build a different kind of web experience,” Mozilla wrote in a post.

Rust 1.31.1 now available
Rust 1.31.1 is now available. The new version contains a fix for a build failure on “powerpc-unknown-netbsd” and the Rust Language Server also was updated to fix two critical bugs. Other updates include that the go to definition was fixed for std types and RLS now goes to the right location.