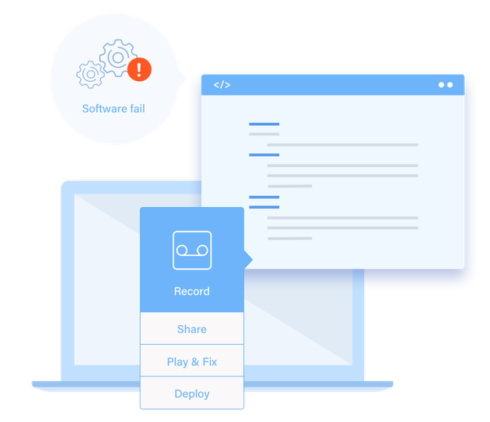 Undo has announced support for Java. With LiveRecorder for Java, developers can resolve bugs much faster than before. It simplifies the traditional and lengthy process of debugging complex Java applications down to Record, Play, and Resolve, the company explained.

Developers debugging Java applications get an automatic 100% reproduction of the error that caused the failure. Developers can then reverse-debug the recording by replaying it, offline, on another machine, according to the company.

“By accelerating MTTR of bugs and reducing the amount of time spent debugging overall with LiveRecorder, Java development teams can start looking at other ways to improve productivity and drive rapid continuous delivery” said Barry Morris, the CEO of Undo.

Splice Machine Kubernetes Ops Center
The DevOps platform is designed to lower operating costs by making it easier to provision, manage, and operate many scale-out SQL RDBMS’s with machine learning.

“With its comprehensive data capabilities, Splice Machine supports extensive OLTP, OLAP, data science, and MLOps in a single open source platform, making it easy for developers to get what they need to do done, without stitching a huge number of disparate technologies together,” Splice Machine wrote in a post that contains additional details on the release.

PyTorch 1.6 launched
PyTorch 1.6 was released with native AMP support and Microsoft joined as a maintainer for Windows.

The PyTorch 1.6 release includes a number of new APIs, tools for performance improvement and profiling, as well as major updates to both distributed data parallel (DDP) and remote procedure call (RPC) based distributed training.

From this release onward, features will be classified as Stable, Beta and Prototype. Additional details are available here.

DFS clients can now use a single domain name to discover servers (namenodes/routers/observers) instead of explicitly listing out all hosts in the config.

Also, Java11 Runtime support has been added in the new release. Additional details on Hadoop 3.3 are available here.