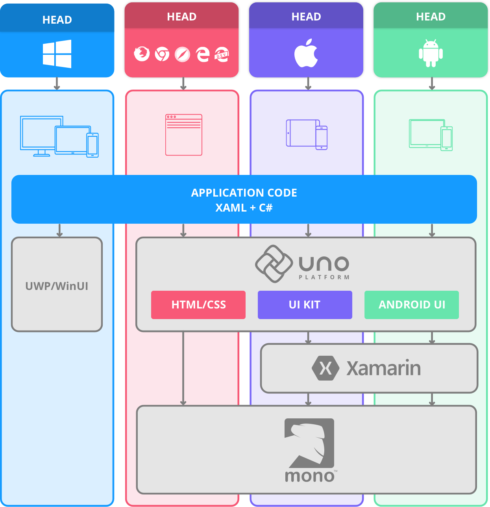 The Uno Platform announced preview support for Visual Code. The platform is designed to enable the creation of single-source C# and XAML apps, which run natively on iOS and Android, and Web via WebAssembly.

Amazon releases chatbot for Slack
Amazon announced the ability to set up AWS Chatbot on Slack to receive AWS notifications and to execute commands in a collaborative environment.

To set up the new tool, developers can simply open the AWS Chatbot Console, choose their Chat client, and click Configure client to get started.

It is also the first Windows Terminal version that has support for non-English UI languages.

The profiles.json file has been renamed to settings.json, Cascadia Code has been set as the default font for all profiles automatically generated by the Terminal, Terminal now ships with the Tango Dark and Tango Light color schemes, and more.

Flutter Spring 2020 update
Flutter said that in March, it saw 10% month-over-month growth, with nearly half a million developers now using Flutter each month and that it is growing fast among enterprise customers in particular.

Also, Flutter is now moving to a branching model with a stabilization period for beta and stable releases. It will branch at the beginning of the month for a beta release and stabilize this release by cherry-picking any critical fixes.

When you make a data change in a CMS, the Gatsby Cloud Incremental Builds feature will rebuild only what’s necessary—giving up to a 1000x faster build time, according to the company.

Gatsby’s data engine automatically tracks dependencies between pages and data, and when data changes, it schedules the minimum amount of work needed to update the site.