In addition, Vertex Pipelines operates entirely server free. Users can upload and run their KFP or TFX pipelines and Vertex AI will handle provisioning and scaling the infrastructure to run the pipeline. With this, users will only pay for the resources used while the pipeline is running and the data scientists can focus solely on ML without worrying about infrastructure.

AudioEye announced issue reporting to help organizations continuously detect, track, and monitor accessibility issues on their websites. With this new feature, users gain access to a centralized dashboard view and real-time status updates, which makes it easier for businesses to keep their sites accessible to visitors with disabilities and complies with WCAG accessibility guidelines.

In addition, AudioEye issue reporting has a user-friendly interface and custom views. This makes it easier for non-technical users to understand the accessibility issues on their websites, drill into details, and resolve those issues quickly and without disruptions.

The Crystal Programming Language development team today announced the release of Crystal 1.2.2, the second patch release of the 1.2 series. In this release, there are 15 new PRs since the 1.2.1 release by five contributors. With this, the team has fixed three regressions in the compiler, two of them related to debug mode.

Habu, maker of data clean room software, today announced that it has secured $25 million in Series B funding led by Wing Venture Capital. In addition, Snowflake Ventures, super{set}, Northwest Venture Partners, and Ridge Ventures joined the round. The new funding will allow the company to accelerate production innovation, operations, and customer success to support its client base and global expansion. With this financing round, the total funding raised is brought to $42 million, helping to extend Habu’s market lead.

Since the initial announcement of Habu’s Series A, the company has expanded its customer base, entered new markets, built scalable software, and recruited an experienced team. 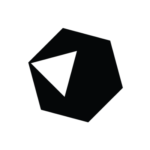