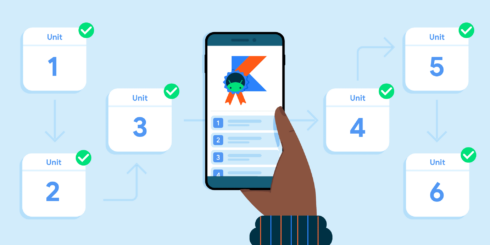 The Android development team announced the release of the final unit of Android Basics in Kotlin, a free programming course initially announced in 2020. Today, over 100,000 beginners have completed their first milestone in the course.

Android Basics in Kotlin offers people with no programming experience the education needed to build sample Android apps. With this, students learn the fundamentals of programming and the basics of the Kotlin programming language.

The course is organized into units divided into pathways, each with a quiz at the end to test the users’ knowledge of certain topics. Upon completing the quiz, the user earns a badge that can be saved to their Google Developer Profile.

Microsoft announced the availability of SharePoint Framework 1.13 release candidate. With the SharePoint Framework, users can build extensibility for Microsoft Viva, Microsoft Teams, and SharePoint with web stacking tools, single sign-on, and automatic hosting of solutions. This release comes as the final public preview before the framework is generally available.

In order to install the release candidate, use the command npm install @microsoft/generator-sharepoint@next –global. This command will always install the latest preview packages.

The Crystal development team announced the release of Crystal 1.2, bringing the community several bug fixes and improvements. This release also includes 181 PRs since the 1.1.1 release by 32 contributors.

In an effort to achieve full native Windows support, the release includes a sockets implementation. In addition, an important codegen bug was fixed, creating the correct conditions to promote aarch64 platforms to Tier 1.

This is also notable for MacOS with the M1 chipset as starting from this release, Crystal will include a universal MacOS package that works for x86 and M1 macs. For more information on this release, visit here.