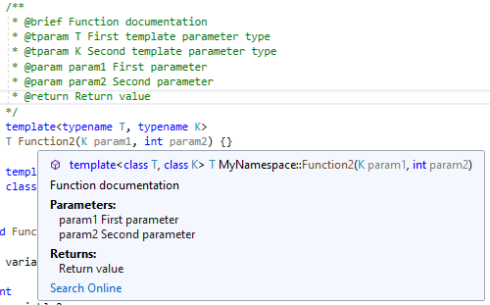 The standard library concepts in ‘<concepts>’ have been shipping in MSVC since version 16.3. This includes the customization point ‘std::ranges::swap.’

Also available are the first batch of Range algorithms in ‘<algorithm>.’ Additional details are available here.

WinUI 3 preview 2
WinUI 3 Preview 2 builds directly on Preview 1 by fixing quite a few critical and serious bugs that didn’t make the cut in time for the company’s release at Build 2020 two months ago.

In the new release, INotifyCollectionChangedand INotifyPropertyChanged are now working in C# Desktop apps and WinUI 3 Preview 2 is now compatible with .NET 5 Preview 5 for Desktop apps.

It also includes crash fixes for Input Validation and other text scenarios. Additional details on all of the changes are available here.

Rust 1.45 released
The two big changes in Rust 1.45.0 include a fix for some long-standing unsoundness when casting between integers and float and the stabilization of the final feature needed for one of the more popular web frameworks to work on stable Rust.

Some changes to the language include that functions like procedural macros can now be used in expression, pattern, and statement positions, and out of range float to int conversions using as have been defined as a saturating conversion.

Additional details on all of the changes available in this release are available here.

OneFuse replaces the need for organizations to write custom code in order to connect their automation tools with underlying IT technologies such as IPAM, DNS, networking and security, or cloud backup systems.

“Custom coding is expensive and time-consuming. It also complicates governance and makes organizations less agile,” said Jeff Kukowski, the chief executive officer of CloudBolt Software. “That’s where OneFuse comes in. OneFuse helps those tools deliver on the promise of automation—quickly, securely, and cost-effectively—while allowing IT to pursue a best-of-breed tools approach for hybrid cloud.”

“As more enterprise workloads move to the cloud, organizations are looking to deploy less, not more of monolithic SQL databases like Oracle,” said Bill Cook, the CEO of Yugabyte. “As a result, developers are adopting open source distributed SQL databases like YugabyteDB, administrators are insisting on scalable relational databases that are easy to operate, and business leaders are demanding lower total cost of ownership for data infrastructure.”