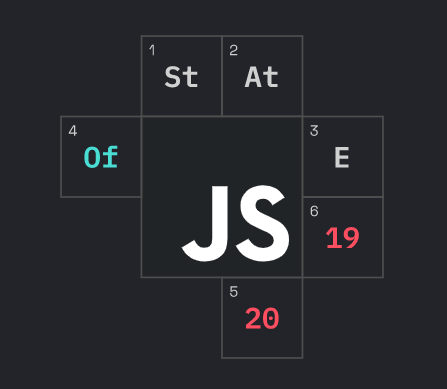 The JavaScript ecosystem refuses to stay still. A newly released report finds significant features and improvements are being made to the programming language every year through front end frameworks, data layers, testing, mobile devices and more.

The 2019 State of JavaScript report is created by developers Sacha Greif and Raphaël Benitte, and aims to take a look at the complete picture of the language. This year, the fourth edition of the survey reached more than 21,000 respondents.

“We were pretty sure 2018 would be the last time we did this survey. After all, the JavaScript ecosystem can’t very well keep changing again, can it?,” wrote Greif in the report. “But what do you know, turns out JavaScript isn’t quite done changing just yet!”

New to the 2019 report is how developers write JavaScript. The team has decided to look at JavaScript patterns, syntax and features. “One of the most exciting things about JavaScript as a language is that it’s not standing still. From arrow functions to destructuring, many key features added over the past couple years are now an integral part of how we write JavaScript,” the report stated.

For syntax, a majority of developers use destructuring assignment, spread operator, and arrow functions. As far as the language or “vocabulary of JavaScript,” developers know what proxies are, but not many are using them. A majority of respondents stated they have used the async/await function as well as the promise object. The team also found while developers have heard of decorators within the language, only about a third are using them. Other feature findings included 70.6% have used maps, 28.1% have used type arrays, 81.5% have used fetch, about half of respondents are using progressive web apps, and only 7.1% have taken to WebAssembly.

For back end frameworks, developers are most interested and satisfied with like Express, Next.js, Nuxt, and Gatsby.

Other findings of the report included Jest as the top tool for testing code, and Lodash as the most used utility library.

“You know how you sometimes start tweaking a few lines of code here and there, then realize a couple functions could use some refactoring, and then one things leading to another you find yourself a few days later in the process of setting up a brand new stack complete with a database and GraphQL API?,” the report stated. “This is what happened to us this year. And while it resulted in quite a few stressful evenings as we tried to wrap this up and release the State of JavaScript 2019 results in, well, 2019; it also means we now have a much more powerful and flexible stack to collect and analyze data going forward.”