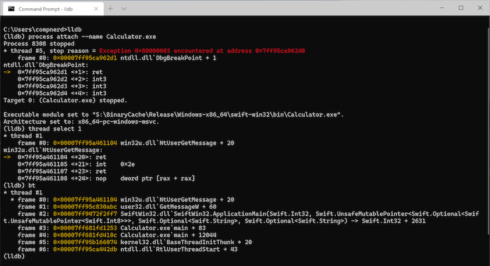 Swift, the programming language used for macOS, iOS, and other Apple operating systems, is now available on Windows via downloadable toolchain images.

According to the team, there has been a significant push to port Swift to Windows over the past year. Now that effort has reached a point where early adopters will be able to start using it to build applications.

The team explained that bringing Swift to Windows is not as simple as bringing the compiler over, but rather making sure that the whole ecosystem is available on the platform, including the compiler, standard library, and core libraries.

“Adding support for Windows to Swift is the beginning of a journey. The current support sets the first milestone where the language is usable. There is yet another even broader part of the ecosystem like lldb and the Swift Package Manager which still need more work to be as complete in their support for this different platform,” the Swift team wrote in a post.