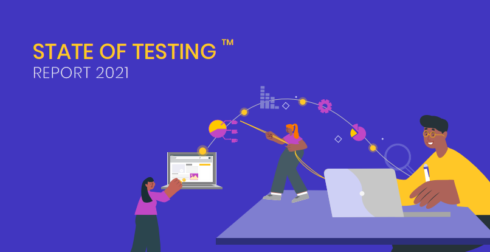 Automation is becoming increasingly tied to the testing process. According to PractiTest’s recently released State of Testing report, 90% of organizations implement test automation into their processes.

This automation isn’t necessarily leading to shrinking test teams. In fact, the number of companies that have test teams of 16 or more people grew by 10% in 2020, bringing the total to 34%. According to PractiTest, this indicates that companies are becoming more reliant on their testing teams and are investing in their growth.

PractiTest also looked into how COVID-19 impacted testers. It found that 71% didn’t report any income changes as a result of the pandemic, but the past year did affect how they learn new skills, with the number attending online conferences, meetups, and seminars increasing to 49.5%, up from 40.5%. In addition, the use of online communities grew from 32.5% to 44%, and the use of formal training dropped by 16%.

“Testing still seems strong and it looks like we are in our way to increasing the value we provide in our teams by perfecting the operations we perform day to day, and also by expanding towards additional areas of the process where the increase of visibility and faster understanding of issues arising can become critical,” PractiTest wrote in the State of Testing report.