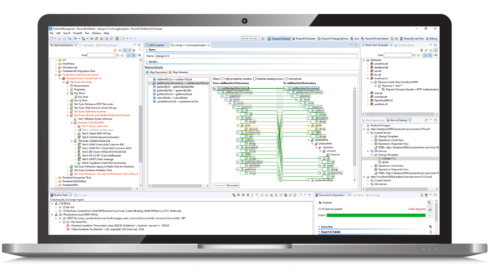 Parasoft announced the 2021.2 release of Parasoft SOAtest, Virtualize, CTP, and DTP. API testing components of the Parasoft Continuous Quality Platform will be available on October 12, 2021 and will work to empower teams to overcome software quality challenges and achieve continuous delivery at speed.

This release shifts security testing into developer workflows, spanning the API testing strategy from development through test and to AppSec. In addition, the testing platform combines Parasoft SOAtests’s dynamic application security testing and smart generation with OWASP ZAP in order to identify security vulnerabilities in APIs.

According to Kevin Greene, director of security solutions at Parasoft, “API security testing is gaining increased visibility in many enterprise applications, as organizations strive to protect their users and ensure that their software is secure.”

Among the highlighted features is an update to the client, which now ships with two sources configured: Windows Package Manager app repository and the Microsoft Store, giving users access to apps within the store.

Windows Package Manager is distributed directly from the App installer from the Microsoft Store. It can also be downloaded and installed from the GitHub release. To learn more visit here.

In addition, the release also brings features such as the ability to deprecate and prepare for the removal of the wstr member in PyUnicodeObject, writing union types as X|Y, Optional Length-Checking to zip, parenthesized context managers now allowed, deprecate distutils module, and Explicit Type Aliases.

To learn more about the release, visit here.