2019: Testing gets smarter, and so do testers 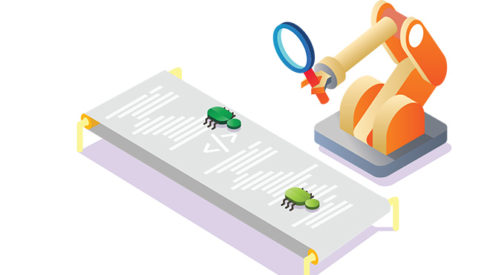 Testing continued to evolve throughout the year as businesses worked to get high-quality software out faster. Now that testing early and often has become a common mantra among development teams, testing smarter was the new focus in 2019.

The advances in machine learning and artificial intelligence have enabled more test automation and accuracy.

Perfecto announced an AI-based testing solution, Perfecto Codeless, in March that automated the process of writing test scripts. Around the same time, testing solution provider Functionize received a $16 million series A round of funding to bring natural language processing to enterprise-level software testing.

Parasoft rolled out the beta release of Selenic UI, an automated test tool that monitors tests, discovers errors, makes remediation recommendations, and does self healing.

Testim ended the year with a new AI-based testing kit for developers to create resilient tests directly in their code. The AI inspects application elements, continuously learns, and improves the robustness of tests.

“[We] roll our eyes when products throw the words machine learning or artificial intelligence at their own product. But suffice it to say the tools are getting smarter in a non-trivial way,” said Dan Widing, CEO of testing platform provider ProdPerfect.

However, as new tools come to market, Kevin Surace, CEO of Appvance, warned businesses about getting caught up in the hype. “When looking for an AI test solution, developers should dig into what the prospective solution actually has now and how it’s going to benefit them. If they say AI, do they really have any AI or machine learning, and have they employed it in a way that will benefit my needs,” he advised.

Outside of AI, testers themselves are getting smarter about their place within teams. One of the messages at the STARWEST testing conference in October was that testers should stop trying to settle or fit in, and start to lead. “If the rest of an organization was just as aware as we all are that all great testers possess these characteristics, would testing have ever been left out of any transformation in the software industry?” asked Stacy Kirk, QualityWorks Consulting Group CEO and founder.