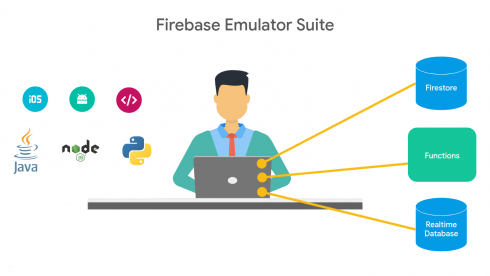 The new Firebase Extensions is designed to help developers save time on repetitive app development tasks. The extensions are pre-packaged bundles of code that automate common tasks such as resizing an image, adding people to an email list, or shortening URLs.

RELATED CONTENT:
Web development: So many choices to get the right fit
Advice for web developers

In order to increase the speed of development, the team revealed the Firebase Emulator Suite, a set of local tools for building apps and features. It includes hot reloading for changes to security rules, broader support for client and server-side SDKs, support for real-time Database triggered functions, and a new command to bring it into the CI, according to the team.

Additionally, the team made new improvements to help developers with app quality and user engagement. The newly announced Firebase App Distribution is designed to distribute pre-released versions of apps to trusted testers so stability and usability can be addressed before publishing. Updates to Google Analytics, Firebase Remote Config and Firebase Cloud Message will help developers understand how users interact with their apps, and enable them to provide a more personalized experience.

“At Firebase, our mission is to help mobile and web developers succeed, but with over 2 million apps actively using Firebase every month, we know that success means different things to different developers,” Francis Ma, head of product for Firebase, wrote in a post.