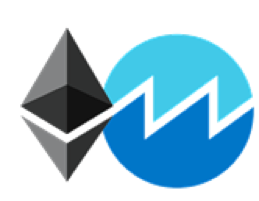 The open source collaborative blockchain effort Hyperledger has announced the release of Sawtooth 1.0. This marks the organization’s second blockchain framework that has reached production ready status. The first was Hyperledger Fabric, a project designed to enable plug-and-play components.

Sawtooth is a modular platform designed for building, deploying and running distributed ledgers. Sawtooth started out inside Intel Labs as Sawtooth Lake. There, it was focused on exploring the security and scalability of bitcoin and blockchain technology. “By 2016 research had produced Proof of Elapsed Time (PoET), to provide a green and performant alternative consensus to Proof of Work, and Transaction Families, an approach to building safe smart contracts. In the same year, Hyperledger was getting underway and Intel contributed Sawtooth Lake to Hyperledger as an incubated project,” Dan Middleton, Sawtooth project maintainer, wrote in a post.

More recently, the project was named one of Black Duck’s 2016 open source rookies of the year. “Throughout this time, we’ve maintained our focus on making smart contracts safe and bringing blockchain to the enterprise without cutting the benefits of blockchain that inspired interest to begin with. While maintaining that focus, we’ve not rested on PoET and Transaction Families,” wrote.

Going forward, the team plans to focus on performance and privacy. “We’d like to add another consensus option for those planning to run small networks. Within the core, we are looking at replacing targeted python modules with optimized components in languages like Rust. On the privacy front, we have contributors investigating both trusted execution and zero-knowledge cryptographic approaches. We look forward to our enterprise users contributing back pilot implementations in these spaces as well,” Middleton wrote.